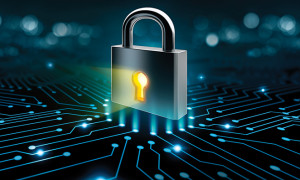 According to studies, a fourth of all the PCs in the world are not protected from viruses and malware threats. Computers with zero protection are almost six times as likely to be infected, than a system with an up-to-date antivirus. And getting your first antivirus program installed to your device is not a tough task. But you must chose a reliable brand or else the antivirus program will not be able to protect your personal information and sensitive data.

The majority of computer users, however, have decided to protect their computers using firewalls and antivirus software, but at least 24% of the total computers globally are still running unprotected, and prey for cyber-threats. There are hundreds of free antiviruses online, and it should not be an excuse for you to use an unprotected machine.

Reasons Why Your Computer gets Infected

There are many reasons why your computer could be vulnerable to infections, even with the antivirus installation.

Out of Date Software

Some people allow their anti-virus trial period to expire, or ignore the update reminders. When an update for software is released, the software developers also release the bug’s code. Hackers take advantage of such releases to attack outdated software. A majority of users are often unaware of the dangers they are exposed to and ignore the update pop-ups by clicking the ‘remind me later’ option. Some of you might think that the out of date software is not a big issue and you can’t be the target of the hackers. But now a days, the hackers are targeting the on the normal people like us and taking advantage with great level of ease. So, always use up-to-date software to stay protect since each update contains upgraded security patch. And avoid using the cracked version of the software since these cracks are released from the hacker’s community.

Rogue antivirus software is a malware that deceives users into believing it has discovered an infection on your device. In most cases, the hacker may be just to scare the user, but most rogue software tries to make you pay for the service for it to remove malware that is not even there in the first place. Read carefully this review about Norton to gauge what you should look for in an antivirus program. Some of the hackers are using amazing method to hack into the system. They are creating fake antivirus program which gives the users guarantee that their system will be protected 24×7. But in reality, the hackers are stealing your vital data in the background. So, never install antivirus program from the untrusted source.

It is possible to inadvertently download and install malware by downloading illegitimate software activation keys for installing pirated software, by clicking on malicious links on infected websites or as mentioned above, downloading rogue software.]

The rogue malware is cleverly crafted to look like it from a legit brand such as Microsoft, but with some differences that most users do not notice. If you click and follow the rogue software’s instructions, either to provide personal details or follow a link, your anti-virus software gets disabled and the hackers can easily attack your PC.

Never click on links, no matter how secure they seem, and do not divulge your data to any site. You will potentially have saved yourself a whole lot of trouble. Some of you might be thinking that you have nothing to lose in personal computer. But if you carefully think about the contents stored in your PC, you will know that it has many sophisticated files and information. So, avoid clicking on the suspicious links and stay protected.

How effective is antivirus software?

Most antivirus software programs are good at eliminating threats and protect your PC against:

- Web and email threats
- Zero-day attacks, which are viruses that exploit security loops before discovery and patching
- Common malware

An antivirus program runs discreetly without it affecting your PC’s performance.

Businesses are also not left out, and a survey performed by the Hasso-Platner Institute discovered that software vulnerabilities in 2020 are at its highest, citing 11,150 security threats registered worldwide.

The total damage to businesses globally due to cyber-threats has been held at $1.5 billion every year, a figure that has risen every year since the start of the2000s. Much of the rise was however attributed to the growth in online trading.

Cyber threats expose both your business and your clients, and the largest data breach in recent years was in Yahoo, where three billion accounts were attacked. Interestingly, the details surrounding this breach were not known until years later.

Threats to the average user

Most worldwide surveys have shown that more than half the population knows about potential cyber threats. However, as mentioned before, a fourth of the total PC population is unprotected, leaving them vulnerable. For your PC and laptop, the most common infection is trojans, and close behind, Potentially Unwanted Programs (PUPs).

Other threats to your PC

With the introduction of cloud computing, it made storage easier and also opened up a doorway for cyberthreats. Cloud computing is a massive connection of servers that transfer huge data amounts to different users worldwide.

The global expenditure for cloud computing antivirus programs is estimated to be a whopping $1 billion, a cost that has been on the rise in the past few years. If you use the cloud for storing your data, assuming that it is safe is being overly ambitious. Cybercriminals are brilliant minds that are ready to infiltrate anywhere there is data.

You know you need to protect yourself, yet you are slow in updating your antivirus is opening doors for cyberthreats. Most of the unprotected PCs globally belong to a big percentage of people who know they need to protect themselves, yet do not. The other smaller percentage is not aware they need to take action. Protect your data by updating software and avoiding unnecessary links in form of suspect links and downloads.