Breaking Down The Microsoft Edge 88 Update 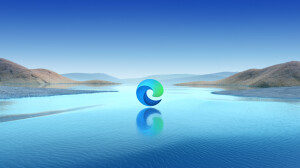 Only those who’ve been on the internet for as long as it’s been in popular usage will remember this, but there was a time when almost everyone exclusively used Microsoft’s native browser to navigate the web. Firefox and Chrome didn’t exist, and not enough people used Apple Macs for Safari for the browser to hold a significant market share. If you wanted to find your way around the young internet, you used Internet Explorer or Netscape Navigator. Those days are long ago and far away now. If you’re reading this article on a desktop or laptop computer, you’re probably using Chrome or Safari to do so.

Microsoft’s Internet Explorer browser eventually became such a running joke in terms of performance, reliability, and vulnerability to exploits that the company had to discontinue it. In its place, they gave us Edge, which made little headway at first but has slowly been growing in both reputation and user numbers for the past several years. In 2020 it overtook Firefox. That isn’t as grand an achievement as it might sound when you consider the fact that Firefox only holds 7.3% of the market share these days, but it’s a step toward rehabilitation for Microsoft’s browser offering. It’s got a long way to go to catch Chrome, and it’s unlikely it will ever get there, but it’s very slowly eating into its lead. That’s because it’s become an increasingly impressive browser – and thanks to its January 2021 “Edge 88″ update, it’s become all the more impressive.

Edge, along with several other browsers, was caught on the back foot last month by a Windows 10 antivirus update that briefly locked new files, which had the unintentional side effect of disabling certain functions within the most popular browsers. That was a puzzling error given that Edge and Windows are made by the same company, but it happened anyway. That problem was resolved at the time and appears to have spurred Microsoft into taking further action. Aside from being perfectly configured to co-operate with Windows 10 – which ought to have been a given – the browser comes with a new set of tools and features that ought to serve it well in the weeks and months ahead.

Microsoft’s development log for the update says that 24 known security vulnerabilities have been patched as part of the update, several of which were listed as ‘High’ priority. Those are background changes, though. Aside from a few updates behind the scenes, Edge 88 comes with some changes that will make a visible difference to your browsing experience. One of them is a major update to the password manager facility, which now works in a very similar manner to the one that Chrome users should already be familiar with. Every time you enter a password in a browser window, Edge will automatically check it against a list of password and email address combinations that are known to have been compromised. Should your login details be identified on that list, you’ll be given a pop-up warning and prompted to change your password immediately. This feature is turned on by default and will also warn you about ‘weak’ passwords even if they aren’t found to have been compromised. The list Microsoft uses for this feature is encrypted, so the company cannot ‘see’ either your past or present password information when you enter it.

Not all of the changes are security-related. The other significant visual change you’ll see is the introduction of vertical tabs, which are a new innovation for 2021. Instead of having a horizontal row of active tabs running across the top of your screen, tabs can be accessed as a drop-down list from the top left-hand side. Aside from making your display tidier, this feature means you can see the full name of every active tab when it’s open. This is preferable to the shrinking effect that occurs when you have five or more tabs open horizontally, which often results in their names becoming impossible to read and navigation becoming difficult. We all know how irritating it can be to close a window by accident because you identified the wrong one when trying to go back to it. This simple-but-effective change should prevent that from happening in the future. This feature isn’t automatically enabled but can be accessed by entering “edge://flags” in your address bar and selecting the relevant option.

The switch to vertical rather than horizontal arrangements is consistent with a trend we’re seeing across the internet at the moment, most notably with Facebook’s recent layout change. Some observers have noted that the inspiration appears to have come from slots UK websites, where attractions are arranged vertically rather than horizontally to make them easier to find. While that might sound unlikely if you’re not an online slots enthusiast yourself, we shouldn’t underestimate the influence of those websites. They’re a case study in how best to keep people engaged on websites and direct them to the places you want them to go. Online slots websites exist only to make money, and the best of them have turned it into an art. Nobody does better with directing and controlling user attention than online slots websites. That’s why we see trends there reflected in web design elsewhere.

Aside from those major changes, the new version of Edge also introduces instant sync between history and open tabs and an automatic two-page view for PDF documents. It also formally ended support for Adobe Flash, which is another trend we’ve seen repeated across every major browser within the past six months. The format is now considered dead by Adobe and will no longer be provided with support, but it has been obsolete for such a long time that it isn’t thought to lead to significant issues with displaying any popular websites.

The next major scheduled update for Edge is due to be released on March 4th this year. Information about that upgrade isn’t available at the time of writing, but should it bring about further significant changes, we’ll revisit the topic at the time and bring you all the relevant information here.