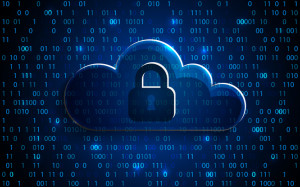 Cloud native approach is currently the hottest discussion in the corporate town. This modern software development approach is providing organizations a competitive edge by boosting operational efficiency, robustness, and agility.

It also empowers digital transformation by opening the doors of flexibility and scalability while reducing operating costs. It does this by letting providers deal with undifferentiated IT infrastructure allowing the organization to narrow down its efforts to developing apps that offer a competitive advantage, streamline different workforces, and meet its customers’ needs.

Cloud native approach creates an altogether new environment for software designers with numerous opportunities. However, it also presents a new set of challenges particularly in the department of security. If you’re contemplating shifting to cloud native, this article touches on the 4 main aspects that you should understand before making the move.

1. What is Cloud Native Security? A Recap

In its post, the team at Snyk has elaborated clearly what Cloud Native Security is and how to develop secure cloud native applications. Cloud Native security may have different meanings depending on who is answering the question.

However, the Cloud Native Computing Foundation (CNCF) says that this refers to various technologies that enable organizations to develop scalable applications in the modern dynamic environment.

In other words, this may be viewed as an application development approach that exploits the benefits that come with cloud computing. This modern delivery model involves using an open source stack to containerize applications and dynamically orchestrate them for optimal resource utilization. Essentially, cloud native answers the question of how the application is developed, delivered, and operated not where it’s built.

2. Cloud Native is Here to Stay

The modern context of cloud computing and the shift from monolithic platforms to cloud native microservices started around 2006. The Waterfall model’s evolution to Devops and then DevSecOps further exemplifies the ever-changing dynamics of software development.

Ever since cloud native started picking speed, several industry experts have held onto the argument that it will fail. While it’s true that cloud-native platforms will continue evolving, a large majority of developers agree that it’s here to stay because it solves most world problems while reducing cost. Its major contributors to cost reduction include improved machine utilization, autoscaling, and lower cost per machine.

Secondly, containerization, which is expected to be the future of software development, is increasingly implementing microservices. Importantly, microservices are by far best suited to cloud native applications for several reasons, including the ability to scale down components relative to demand.

That being said, any organization that plans to meet the needs of its customers while putting up with the competition should abandon its traditional infrastructure and start planning for cloud migration.

3. Security is a Huge Issue

Like other developing IT trends in the software development lifecycle, security remains a significant hindrance for businesses that are planning to adopt cloud native technology.

As application security technologies get more complex, cyberattacks are also taking new forms and becoming potentially more disastrous. This makes it critical for any organization that seeks to adopt a cloud native approach to define its overall security posture. There is also the need to understand the security challenges that this approach adds to the software development infrastructure and possible remedies.

Let’s explore some of the security challenges that businesses face in this new environment;

i) The need to implement DevSecOps when configuring both application and cloud infrastructure is a complex one.

ii) Organizations have to restructure their security policies according to the new objectives that cloud-driven applications create.

The issue of security in the modern multi-cloud software development is quite complex. However, the regulatory bodies are unrelenting in terms of complying with relevant data safety and protection laws. For that reason, organizations planning to implement the modern cloud native architecture have to be ready to set up a comprehensive security system to offer the required level of data safety by preventing unauthorized access.

At the surface, this term refers to the hardware and software necessary to build and support cloud-based applications. Another meaning of cloud native infrastructure is seizing the opportunity offered by the flexible, scalable, and widely distributed public cloud to concentrate your efforts on writing a valuable code and meeting your customers’ needs.

Cloud native infrastructure also involves abstracting some of the layers of traditional approaches, such as servers, networks, databases, and OS’s, and defining them in the code. By doing this, all you’re left to do is to orchestrate the infrastructure and application code.

Secondly, contrary to most people’s beliefs, cloud native does not mean simply running your applications in containers and container orchestrators, such as Kubernetes. If anything, when Netflix set out to popularize cloud native infrastructure, it deployed its applications using VM images, not containers. Note that we don’t wish to underplay the importance of containerization and container orchestration in cloud native technology. However, while these two are crucial in the modern software development environment, there’s still a lot that needs to be done.