Developing IT Trends To Be Aware Of 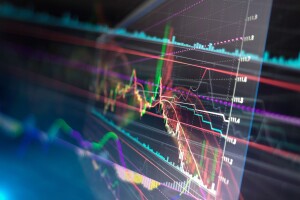 Times of great crisis tend to be accompanied by times of great innovation – and 2020 has been quite a crisis. We’ve all found out new things about ourselves and the world around us during the past year. Many of us now know that we don’t need to go into the office to get our jobs done. Some of us might never go back into the office again because of that revelation. We’ve also found out that we don’t need some of the things that we used to rely on, many meetings really could just be emails, and technology is even more essential than we already thought it was. In short, it’s been a good year for the world of information technology.

Aside from changing the personal destiny of millions of people all over the world, 2020 has changed our collective digital destiny. It’s brought forward innovations that we probably wouldn’t otherwise have seen for several years and persuaded people to interact with emerging tech in a way that they would have been nervous of under any normal circumstances. If, in January, big businesses had told their staff that conferences would take place over Zoom from then on, they would have wondered what Zoom was and why they could no longer attend in person. Now, Zoom is such an integral part of our lives that its name has become a verb, and we use it recreationally.

Through all of the madness of the past year, we’ve seen some exciting new trends emerging that will continue into 2021 – and we’d like to take a moment to make you aware of them.

Everything Is Moving Into The Cloud

Five short years ago, “what is the cloud” was one of those questions that most people were too afraid to ask because they felt stupid. Here at the end of 2020, the average person not only knows what it is but uses it regularly. We use the Cloud to store our photographs, private documents, and essential files. Some of us should use better passwords when doing so, but we do it all the same. Businesses are now following suit. With so many people working away from the office permanently or semi-permanently, files had to become accessible from everywhere for the first time. Cloud storage is becoming the default for the majority of small to medium-sized businesses, so we’ll soon be saying goodbye to on-site servers.

The technology that makes ChatBots available has, like the Cloud, been available for several years. We just haven’t seen it employed on a wide-scale basis until very recently. Perhaps that’s because of surveys like the one referenced in this 2018 article, which says that customers hate them. Maybe it’s because ChatBots are more responsive and adaptive than they were 24 months ago. It might even be the case that we’re seeing them more because customers increasingly expect web-based businesses to be available 24/7, and paying for a chat or telephone service to be manned all day every day would be too expensive. Whatever the reason, the public finally seems to have warmed to the humble ChatBot. If you’re building a new website from scratch for a business, a ChatBot should feature in your plans.

Can a human being handle real-time data better than a computer? Can they analyze that data immediately and manage resources accordingly? Are they able to adapt to new conditions or disruptions faster than a computer can? In some cases, the answer to that might be ‘yes,’ but not in every case. Also, human beings are prone to the kind of mistakes that machines don’t make. The presence of AI is increasingly felt in a variety of computer systems over the world. Surprisingly, the casino industry has been an early adopter. In the United Kingdom, an AI system monitors players as they spin the reels of online slots, keeping its virtual eye out for unhealthy betting patterns. If it finds any, it can lock out the player’s access to an entire online slots website and hand them an enforced time-out. It’s easier for an AI program to monitor the activities of hundreds – perhaps thousands – of people playing online slots with 10 free spins casino simultaneously than it is for a human being or even a team of human beings. We’re into the 2020s, and AI is now robust enough to be fed data and trusted to act on it. Put it to work for you. 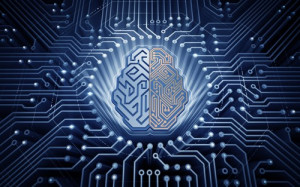 We’re not quite at the point of speaking to the computer like Captain Kirk did in “Star Trek” just yet, but we’re not far away. The more people become accustomed to speaking to home speakers like Google Dot and Amazon’s Alexa, the more they’ll warm to the idea of speaking to computers in general. They already talk to Siri on their phones – why wouldn’t they talk to their laptops or tablets? Keyboards and mice have worked fine as interfaces for forty years, but there will be little need for them in the future. Software architecture should be designed to be voice-controlled – and so, if we’re honest, should some websites. So-called “voice commerce” is a market that’s already worth more than ten billion dollars per year. That’s only going to grow in the years to come.

In years to come, programmers will shake their heads and wonder why it was deemed necessary or desirable to have different versions of software for PCs and Macs. The idea that it was once necessary to code different versions of the same website for each device will blow their minds. The fact that there isn’t more cross-platform support for important software has always been a commercial decision, not a practical one. There’s no reason why a single version of any piece of software shouldn’t work just fine on Windows or macOS. We’ve seen the walls between the PlayStation and Xbox come tumbling down in the past few years, with cross-player gaming available online. If Sony and Microsoft can put their issues to bed, we’re sure Microsoft can do the same with Apple. Why design something twice when you can do it once and get it working beautifully?

As is always the case when trying to look into the future, there will be things we haven’t thought of or trends we haven’t spotted. We’re OK with that – it’s good to be surprised sometimes! Whenever a new trend emerges – even if it’s one we didn’t see coming – we’ll make sure to bring you the news straight away.