Do you need a Desktop in a Mobile-First World? 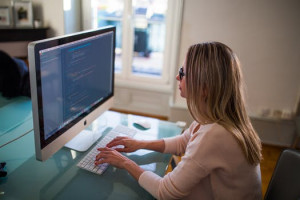 Do you need a Desktop in a Mobile-First World?

Around 36% of Americans own a desktop computer, tablet and smartphone – as found in a recent survey conducted by Pew Research. The survey showed that those who have all three devices tend to be more affluent people with a more formal education, and they are most likely to be in the 30-to-49 age bracket. Among single-device owners, approximately 34% owned a smartphone as their only device, 7% owned just a tablet, and 60% exclusively used a computer. If you have a tablet or laptop that you take with you for work and away-from-home entertainment but having a desktop in your study or home office suits your needs, these are just a few reasons why hanging on to this device may be a wise thing to do, even in this increasingly mobile-centered age.

Family members often share tablets and smaller devices, so an all in one desktop is a desirable choice for many families who want several functionalities for both work and entertainment purposes at home. So-called ‘all in one’ computers combine various features that those with home offices may require. These include top-performing processors (such as Core i9-9900K – ideal for those with both work and gaming needs), 16B memory (ideal for power users who run ultra-modern games and applications), and Windows 10 Home 64 (which includes useful tools such as Mail, Microsoft Edge, digital pen and touch, and the ability to download apps which are not sold by the Microsoft Store).

Desktop computers offer users the ability to choose the type and size of monitor required, which is particularly useful for those working in video editing, graphic design, and digital art. Specific monitors can be used for color correction, retouching, evaluation of video footage, and the like. Users can also opt for calibration support, or add features such as shading hoods to eliminate glare from surrounding light. Some monitors go the extra mile, with a very high Adobe RGB, sRGB, and P3 gamut coverage. They may also have useful modes such as ‘paper color sync’, which enables users to create a color space based on the specific printer and paper they are using.

Desktop computers can support expansion cards for specific purposes – including gaming, high-speed scanning, and ports for multiple hard drives via high-speed connections. Just a few expansion cards commonly used by desktop owners are RAID controllers (used to share or back up data), video graphics cards (for high-level image editing, gaming and entertainment), and SCSI controllers (which enable the addition of ports for devices such as hard drives and scanners). Desktop computers also contain drive bays, which enable you to install more storage than you currently have. Typically, they contain various slots for RAM expansion via the addition of memory chips, which a laptop cannot withstand.

Most Americans still have more than one device, and the majority do use desktops, despite the plethora of laptops on the market. Features such as all-in-one functions and monitor flexibility, alongside expansion card use, help to make desktops more adaptable to a user’s changing needs. Desktops also have drive bays for greater storage – something that is becoming increasingly important in this digital age.