How Important are Impressions for Digital Advertising? 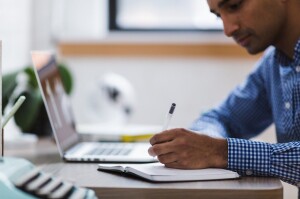 The old adage states that first impressions count, but when it comes to digital advertising, every impression counts. Or at least it should do. Impressions refer to each time the ad positioned by a brand across online platforms registers on a potential consumer’s screen. They are categorized as potential consumers seeing something and can be used as a metric to determine the effectiveness of a campaign. But just how important are impressions for digital advertising?

What are Impressions Used For?

Impressions work best for spreading awareness. If your brand simply wants to make itself known, then racking up impressions is good. It means that more people have seen the content of the ad and therefore may mentally register the brand name and service.

These can also give an idea as to how many people are seeing an ad. If the goal of the ad is a CTA, the rate of impressions compared to engagement can be monitored, which could feed back information as to how you could improve the content and placement of the ad itself.

For instance, ad verification ensures that each impression is valuable and is displayed as intended for potential customers. Ad verification also means that competitors aren’t somehow gaming the system so that your impressions are rendered meaningless. Mitigating against click fraud means that your advertising spend is more likely to give you the result you are hoping for.

This is important when measuring impressions as part of a wider strategy and goal. When you end up with a list of impressions, it’s important to feel confident that these are of value. The social media equivalent could be a wide reach and a huge number of impressions – from people complaining or criticizing the content of the ad. On paper, these will look good, but they won’t tell us much if most of them had negative things to say about the ad or brand. 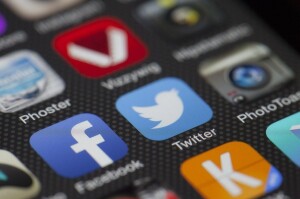 Impressions are also used to refer to social media campaigns – both organic posts and those promoted or sponsored. Anyone who has had a tweet go viral, for example, could attest to the fact that having 100,000 likes on a tweet often means nothing substantial except for follower count and popularity online. Perhaps the most they gain is some money for promoting brands in the replies to their own tweet.

So, posts on socials can gain many impressions, but if that doesn’t result in anything tangible, how effective are they? Alternatively, the impressions could be converted to business in another way. The social post may have alerted customers to a brand that they manually search for the next time they want a service. In this way, much the same as TV and billboard advertising, it is hard to tally up whether these interactions led directly to a sale.

Impressions are necessary to measure the effectiveness of digital advertising campaigns, but it all depends on the ultimate objective. You should also factor in the value of the impressions themselves – making sure you are able to count valuable brand interactions. This can help influence future strategy when it comes to advertising across digital platforms.