IT Briefcase Exclusive Interview: Sagi Eliyahu, Tonkean, on the “State of Business Operations”

In this interview, we sat down with Sagi Eliyahu, co-founder and CEO of Tonkean, which just released its “State of Business Operations” survey report this week. Conducted in partnership with Lucid, the survey asked 500 IT and business operations professionals about the priorities and challenges they face with business operations.

A: We certainly saw that these business operations teams are ready and eager to adopt no-code tools so they can become more self-sufficient. About 1/3rd have already implemented no-code tools, while another 45% are actively seeking them as we speak. Another 16% said they expect to seek no-code tools in the next 12 months. All in all, about 95% have already adopted or will soon explore using no-code/ low-code tools. These operations teams are realizing that no-code platforms can enable their non-technical people to build real applications and workflows without development resources or change management.

A: That’s correct. 86% of respondents said their projects at least occasionally get delayed because of a lack of technical resources. And while 74% of IT respondents have developers or engineers embedded on their team to build software or write code for operations workflows, only 45% of ops respondents have the same access to developer resources. The combination of being de-prioritized in the engineering backlog, along with not having access to development resources in the first place, explains much of why operations teams are increasingly turning to no-code solutions and looking to become more empowered.

A: This certainly reflects the source of friction between IT and the business: IT wants to reduce the number of apps they have across the organization, while the business is looking to quickly solve business problems, which frequently need more software solutions. As a result of this conflict, enterprises are coming to more tangibly appreciate the importance of implementing software that bridges the gap between the business and IT, creating new standards for process design, and empowering users to execute quality work without adding yet another app to their workflow. Said differently, if the business can add solutions that are built with no-code/low-code, their problems get solved without adding more vendors and apps to their IT stack.

A: The pandemic has accelerated digital transformation in many ways to help businesses deal with changing processes and a lack of resources. 87% of IT and 73% of operations respondents in our survey said automation has now become more important in their organization due to Covid-19. Fortunately, it appears that many companies have realized the importance of business operations on making their business run efficiently during these trying times: we saw that 68% of IT respondents reported an increase in their budget last year to help address operational inefficiencies.

A: We saw that only 24% of respondents to this survey believed their current toolset satisfies all their business operations needs. More than half said their toolset supports *most* of their needs but not all. That’s a very common response among our enterprise customers. When we talk about the value of Tonkean’s no-code process orchestration platform, we often talk about “last mile” operations problems that our customers are facing.

As technically powerful as this generation of SaaS apps are, trying to use them collaboratively requires tons of additional human effort. Employees are forced to chase follow-ups, pester colleagues for signatures, update a variety of systems, and manually input pages of data into CRMs. The promise of platforms like ours is to provide a new generation of SaaS that’s far more adaptive and better incorporates the needs of people. The use of no-code tools helps solve the problem of having too many disparate apps, and allows operations teams to orchestrate processes as cohesively and as seamlessly as they’ve long wanted to. 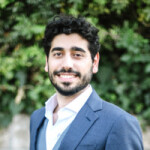 Sagi Eliyahu is the CEO and co-founder of Tonkean, the operating system for business operations. Sagi and co-founder Offir Talmor founded Tonkean in 2015 to bridge the “last mile” gap in operations. Prior to Tonkean, Sagi held executive engineering roles at Jive Software. Sagi served for four years in Unit 8200, the Israeli Defense Force’s elite intelligence agency, and he applies much of what he learned from developing data and information systems for the agency to his work at Tonkean. You can learn more about Tonkean at www.tonkean.com.