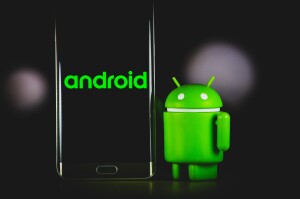 It’s no secret that new and updated versions of smartphones, androids and iPhones alike, are released almost every month. While these upgrades boast more features and more uses, that does not always mean that there is enough flexibility for you to adjust the design to suit your preferences.

One of the best features for Android devices is that Canadian users can adjust their device’s interface. While iPhone designers dictate how the iOS feels and looks, Android users can personalize their home screen or app drawers with minimal effort.

All you require to do this is a launcher, sometimes referred to as a home-screen replacement, which is an application that allows you to modify the design of the software and feature of the device’s OS without permanently changing anything.

We spoke to one of our app specialists, Michelle Thomas (view profile), to find out more about app launchers and tell you more about the best launchers on the Canadian market today.

The Different Types of Launchers

All launchers released today will fall into one of two categories: Smart or design. Design launchers are defined as apps that allow users to change the layout of their Android device’s home screen by allowing them to create simple designs or even a photo collage. On the other hand, smart launchers seek to provide the most relevant information to users throughout the day that includes commute details and information relating to a night out. Both types of launchers have varying uses and cater to different needs.

Design launchers were the first type of launcher apps to become popular amongst Canadian android users and allow the home screen to be completely modified. Design launchers serve as a foundation for users to build on by downloading widgets, icon packs and wallpapers. These apps are used to do away with the design limitations of how many apps widgets can display on the home screen and even allow for greater modifications.

Design launchers allow you to change the feel and look of your android device but are mainly used by those who are looking to build their device according to their preferences.  This can be achieved by downloading free or premium icon and widget packs.

Smart launchers, or home screen replacements, have a different use compared to design launchers. Smart launchers are designed to move the information and apps that are required to a central location on your device. Some of these apps will request your work or home address to ensure that it provides you easy access to the information and applications that are appropriate for your current situation.

The majority of smart launches learn more about the needs of the user through usage. The idea behind this is that the most accessed or used applications and information will never be far out of reach on the Android device. For example, an avid online gamer will not have to search long to find apps for free online slot games if they often access them.

The Best Launchers on the Market

While there are several top-rated android launchers for tablet devices, we have looked into the best design and smart launchers for Android devices in Canada today. Take a look below to find out more about the top 11 launchers:

The Benefits of Using a Launcher

There are many benefits to downloading and using an Android launcher but which of the two is more suitable for you will depend on your needs. For Canadians who are looking to change the design of their android device to reflect their unique personality, the design launcher would be a perfect fit. These apps allow you to readjust widgets, create several home screens, change icons according to your preference and much more.

However, if the purpose behind downloading an android launcher is to optimize functionality then a smart launcher would be more suitable. Smart apps learn about the user’s needs over time and adjust widgets and icons according to what will beneeded most. This means that users of smart launchers will never have to waste time looking for their favourite apps for free slots in Canada, setting their alarms or accessing their emails on-the-go. Smart apps are beneficial for those who use their android devices for work, travel and to keep track of their schedules.

Is a Launcher Necessary?

While android users will still be able to benefit from their devices without launcher apps, these apps can make accessing work-related functions, such as emails, and even recreational sites, such as legal gaming sites in Canada with free slots, all the more accessible. However, keep in mind that launcher apps serve different purposes and ensure that you download an app that meets your requirements.

Michelle is a 41-year-old blogger from Canada. She enjoys writing, early mornings, and coffee. She’s friendly, energetic (could be because of the coffee), and loves animals. She has three Chihuahuas that she considers her children. Her mission in life is to create awareness among her readers about the scams and schemes they can encounter in their everyday lives.