The SaaS (Software-as-a-Service) market is a huge one and continues to grow at an impressive clip. From a global value of $145.5 billion last year, $171.9 billion is expected to be spent on SaaS products this year.

The SaaS model has been gradually replacing the traditional “buy-once-use-forever” software-as-a-product business model for over a decade now and its rise has coincided with that of cloud computing. That, of course, is no coincidence. Cloud computing made it practically possible for complex software systems to be made available as web applications that can be accessed from any device with a screen and internet connection.

With software developed to run in the cloud, the heavy lifting of running the software and data storage is taken on by the cloud computing platform supporting the software application, not the processing power of the device it is being accessed from. 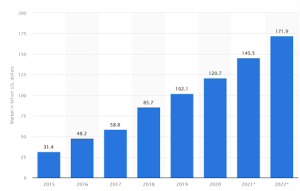 Cloud-based SaaS products are convenient for users. They can be purchased and accessed directly online, without the need to visit a retailer or wait for delivery. SaaS products are also not tied to a single device, which is crucial in today’s multi-device world. And the payment model usually means upfront costs are relatively low.

For the companies developing and marketing SaaS products, the model is also attractive. Cloud computing allows for flexible scalability. If a SaaS is used by 100 people or 1 million makes little difference to the software development process. The cloud platform will automatically scale the computing resources needed to service the number of users at any given moment.

A SaaS model can also be extremely lucrative. While a (usually) monthly fee brings down upfront costs for users, over months and years the overall revenue generated from a single SaaS user is usually multiples of what is generated by selling software as a product and charging a one-off license fee.

Microsoft gradually transformed to a SaaS model for its Office productivity suite between 2015 and 2017. It’s no coincidence that the company’s valuation has multiplied several times since and it now regularly exchanges places with Apple as the most valuable company in the world. 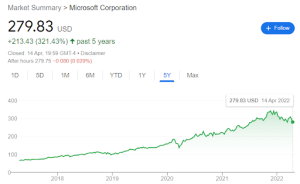 And it’s easy to distribute SaaS software. It’s either accessed purely through a web browser or, if there is a locally installed application, downloadable from one. No need to establish a strong network of retailers to distribute software held on a disk as was once the case, losing a chunk of the sales price to them in the process.

That also means it’s easy for SaaS companies to iterate with new features and functionalities. Value can be added for users without anything required from their side in the case of web-based SaaS applications, or by simply hitting the ‘update’ button if a local application is installed. It is also easy to make different features and functionalities available at different subscription levels.

Cloud-based SaaS software is a model that simply works well for both users and providers. SaaS products now exist for every kind of software imaginable from accounting software for small businesses to video editing. Basically, there is a SaaS solution for most things there is a software market for.

The cloud-based SaaS market has relatively low barriers to entry. The best-known SaaS solutions, like Office365, Salesforce, Atlassian, Mailchimp and Xero, to mention just a few, have large teams of software developers constantly improving their products. But many successful SaaS products start life modestly and without significant investment.

As long as a SaaS product solves a problem for enough users in a way that offers enough value for them to be willing to pay for it, it could be a viable business. And, at least initially, that needn’t necessarily mean a complex software solution that costs millions to develop. There are plenty of SaaS products that have been built by small software development teams, or even a single full-stack developer. Just browse through SaaS marketplaces like ProductHunt and you’ll get an appreciation for the huge variety of products out there.

If you are interested in building a SaaS product, here are 3 questions to answer which should give you a good idea of your idea’s potential:

Is the problem your SaaS will solve significant enough people will be willing to pay for it?

There are problems and problems. Some problems are mild irritants that while not ideal are also not enough of an obstruction to convince sufferers to pay for their solution, even if it’s a modest sum.

A problem needs to be one relatively frequently encountered by at least some people for solving it to be a viable SaaS. SaaS products can be relatively niche in a global market because even if the % of the world’s population that has a problem is tiny, it can still add up to tens or even hundreds of thousands or millions of people around the world.

But it still needs to be a significant, and frequently encountered, problem for the group of people or companies the SaaS will solve it for.

Can you test the willingness of your target market to pay for a SaaS with a minimum viable product?

If you can build a simple software product relatively quickly and cheaply that solves a core problem you can test your SaaS idea’s viability before going all in. Successful SaaS companies like Bookafy, used for appointments booking, or the survey tool SurveyMonkey, are, at their core, very simple products.

Bookafy’s core product is a simple calendar that lets individuals offer time slots they are available for an appointment and the other party chooses one. SurveyMonkey lets users build and distribute surveys.

Creating an MVP for either SaaS solution would have been relatively cheap, easy and fast. If you can do the same, you can efficiently test the potential demand, and willingness to pay, for your product.

Are there lots of other smaller problems you can solve around your core problem?

While most SaaS products are initially focused on solving one core problem, the most successful keep adding value for users by solving more and more smaller problems around that core problem. Those periphery problems may not be big enough that solving them would represent a viable stand-alone SaaS product. But them being solved in addition to the core problem will delight users.

The beauty of the cloud-based model SaaS products leverage is that SaaS companies can regularly release new iterations that build value for users through new features and functionalities, keeping them loyal and turning them into advocates.

If you can answer all three of those questions positively, you might just have a viable SaaS product and business on your hands!

John Adam is content marketing manager and writer specialized in the software development and IT industry. When he’s not working he enjoys hobbies he’s not very good at including soccer, squash, hiking, raising young children. A native of bonny Scotland, he has lived in Bulgaria for 15 years now.