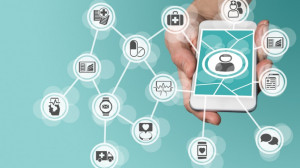 We continue to use mobile phones everywhere — at work, at school, at home or during the vacation. The demand for mobile application developers is growing at the same rate, but unlike the front-end and back-end developers the market is not yet saturated with mobile creators, so now is the time to start exploring this promising area. But the lack of knowledge or too much rush can cause a lot of errors and break your mobile app. Testing with a special program or software testing firms can improve all the mistakes.

In order to test applications, you have to sacrifice your time. In the early stages, this can indeed be a lengthy process. But don’t give up, keep learning, and eventually things will go on quickly, almost automatically. The trick is to make tests a part of mobile app development a real habit. The goal of testing a mobile app is to ultimately make a quality product. Therefore, it is important for testers to avoid mistakes at every stage of testing as much as possible and send meaningful reports that would help developers fix all kinds of imperfections.

Why You Should Test Your App Firstly

There are several reasons why the app can work incorrectly:

- Ignoring cross-platform;
- Unnecessary functions and lack of planning;
- No ads before product launch;
- Lack of testing.

Ignoring cross-platform. Nowadays, cross-platform application development is essential when you create mobile app. If one or more platforms are ignored, the application loses a huge portion of its potential users. When a company has applications for iOS and Android, many of the tasks in their development are identical. It is not surprising that there is a feeling «we have two development teams doing the same thing, let’s make one of the two code bases, it will be simpler and cheaper». However, it is not so simple. In addition to identical tasks, there are platform-dependent ones, when the approaches on iOS and Android are noticeably different: working with the UI, accessing hardware components like a camera or sensors, and so on.

Unnecessary functions and lack of planning. You should clearly comprehend the purpose and idea of the application, and not burden users with the need to manage complex functions. An application for a huge number of clients should be easy to use — after all, not everyone is tech-savvy. Very often, developers focus on user interfaces and user experience, and forget about the functionality of the application. Appearance and UX are important, but what about usability? Why would someone download your app if not everything is functioning properly? What matters is not how the application looks, but the benefits, which it brings. A balanced approach is needed in relation to the UI / UX, as well as to the functionality or usability of the application.

No ads before product launch. Planning the launching is necessary for a successful app. First, it is essential to create a landing page or website where users can familiarize themselves with the idea of the application, its title, icon, design elements, and be well-informed of news about product development.

Lack of testing. Many people think that testing is a huge waste of time. Often, programmers are not even taught how and why to test applications, which later turns into many excuses why they do not want to master it. Testing mobile applications is just as important as development itself. Future success depends on this. If you release an application to the market that has certain bugs and bugs, it is more likely to fail in the market. Hence, the possible reputational losses.

Unfortunately, many creators are in a hurry to complete development before deadline, so they often test applications with accelerated methods. As a result, you end up with a tool or game with many vulnerabilities that users will not miss. It is important to understand that testing a mobile app is a serious thing that involves several stages, during which various functional features are tested until the desired result is achieved.

In the future, testing with software testing agency will save a lot of time and effort. The ability to repeat tests at the touch of a button and confirm that everything is working as expected gives you the confidence to keep your software running smoothly. If something goes wrong, you can just run the tests, which will help you find the source of the error. You will be pleased when the code passes every test without a single error. Only in this case it will be perfect. Maintaining testable code is easier and more enjoyable than it might seem at first glance.

TestFort is an outsourcing company dedicated to providing manual and automated testing services to startups, SMBs, and enterprise clients. Over the past 19 years we have completed over 300+ projects for clients from more than 40 countries. If you understand the value of thorough testing and need a reliable team for short-term work or long-term partnerships — get in touch!