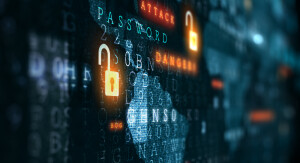 A cyberattack is an attempt to gain unauthorized access to a system in hopes of damaging it in any form. For example, it may disrupt or control the system and its data. Some instances of cyberattacks carry certain similarities.  However, they differ in terms of their severity, system interaction, methodology, and entry points.

The entry point of a cyberattack, also known as its point of entrance, is where the attack begins and the point at which the hacker or cybercriminal was able to infiltrate the infrastructure.

Much like how you plug a hole to prevent water leakage in your house, an organization must also secure each entry point to ensure hackers can’t get into their system. But as you may imagine, that would require you to understand what entry points exist within your business. In this regard, this article will discuss five of the most common entry points your business should keep an eye on.

Nowadays, almost every organization uses a wireless network for various business operations. There are only a few enterprises with no Wi-Fi or any sort of network. After all, not only can they reduce your IT costs, but wireless networks also drastically improve staff mobility. As helpful as they may be, this type of network is infamous for its vulnerability to hacking.

Its ubiquity in the business world, partnered with its relatively high vulnerability, has made wireless networks one of the most common entry points of cyberattacks. But that’s not to say it’s disadvantageous to use wireless networks.

With today’s technology, you can easily secure these networks using protocols like Wired Equivalent Privacy (WEP) and Wireless Application Protocol (WAP). Although, using these protocols would require regular monitoring. In that case, you may want to look into managed IT services in Washington, DC, especially if you’re situated in the US.

Due to the countless benefits of having a server on the internet, many businesses have come to migrate into the cloud. But as you may have guessed, cloud-based servers are also vulnerable to attacks for many reasons. One, cloud computing is a public service, so it’s pretty easy to access. Two, running a cloud server is relatively easy, so administrators often lack the skills to secure the server.

Most importantly, the internet, which is the basis of the cloud, is exposed to more advanced attacks. Much like wireless networks, a cloud-based server could also become an entry point to cyberattacks.

Business websites are common entry points to cyberattacks for the same reason as the cloud-based server.  Both are found on the internet, which is home to all kinds of cybercriminals.

But unlike cloud-based servers, business websites are designed specifically to accept outsiders or visitors. Hence, securing it can be a bit tricky.

Nevertheless, you should be able to secure a website using the following practices: 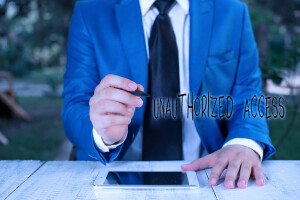 Most businesses often forget that their staff or employees can also become an entry point to cyberattacks. One may argue that people are the weakest link in your line of defense.

After all, unlike most platforms, you can’t program your staff to act the way you want. Hence, they’re more likely to make mistakes which can then lead to a cyberattack. For example, an employee might forget their device on a train. When that happens, all the information contained within that device is compromised.

For this reason, you might want to consider raising your employees’ awareness of security vulnerabilities. You may do this by facilitating training programs now and then.

If you’re like most business owners, you’ve probably entered a partnership with one or two providers. Unfortunately, the provider can also become an entry point to cyberattacks.

That’s mainly because, like your employees, it can be challenging to directly control their security. Not only do you have no say on how they handle your data, but certain third-party providers also tend to sell their client’s data on the deep web.

As such, the risk of suffering from cyberattacks is significantly higher if you’re in partnership with third-party providers. This would explain why experts tend to advise business owners to do thorough research when hiring a service provider.

Most business owners tend to focus on improving their overall IT security, but that’s not always the most effective course of action. Rather than securing the entirety of your infrastructure altogether, plugging the holes in your system or the entry points may yield better results. But of course, that won’t be possible if you aren’t aware of the possible entry points of cyberattacks. Hopefully, this article should have come in quite handy.

Harry Daniels is an IT expert, who loves to share his expertise through case studies and tutorials online. He also writes IT-related blogs or guest posts. He is adventurous and loves nature-tripping. he is married with four children.