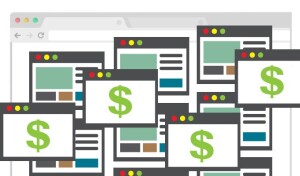 There is no doubt that the Android operating system is more popular compared to its counterparts (iOS, Windows, etc). According to Statista, as of 2019, the Android global market share was at 87%. From the stats, it is evident that some developers choose to gain revenue fraudulently from the widely used operating system.

Among the most installed Android apps are VPN apps. They are designed to enable smartphone users to hide online activities when using public Wi-fi, secure their data, and access region-restricted websites. Here lies the issue; some of the installed android VPN apps like cm security VPN and dfndrN apps (+500 million installs) were found to be hiding malware.

This is a big concern because one of the main reasons mobile users opt for VPN apps is to facilitate secure browsing. Meanwhile, Google play store has been trying without much success to enforce policies left and right aimed at curbing the malware menace. However, it is discouraging to find that although Google remains dedicated to taking action against policy-violating apps, they still find their way in the play store.

You could also play your part and research for firsthand information about VPN before rushing to install just any other VPN app that you come across.

How do These Apps Behave and Who Owns Them? 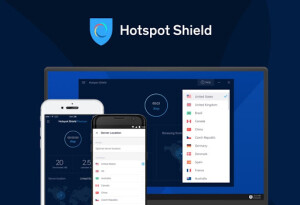 So what are some of these apps, and what is their biggest crime? Interestingly, a majority of these adware infested VPN apps originate from China, the country with the most stringent Firewall policy stands in blocking foreign websites from accessing information in its territory.

The apps namely; Secure VPN, HotSpot VPN, and FreeVPN Master, are reportedly very disruptive in the sense that they contain hidden ads that run from time to time hence distracting phone users. The ads not only drain smartphone batteries but also keep redirecting users to suspicious-looking websites. Additionally, the CPU usage rate is also alarming.

The developers behind these apps are taking advantage of the fact that a majority of android users trust the APN apps for secure browsing; hence they (users) don’t expect them to have any issues. It is unfortunate that these developers (mostly from Hong Kong) are more interested in making revenue from the disruptive ads at the expense of the users.

What This Means To You

Exercise caution. That is the only way to avoid being compromised by the said adware. For example, you ought to know better and read terms and conditions before installing an app from Google play store. Leaving it to Google to find lasting solutions to this problem without doing your part is doing a disservice to yourself.

If you cannot operate without a VPN, at least do some due diligence or better yet, consider vpn testing to ensure that you end up with a reputable VPN app. Besides that, there are reliable anti-malware apps or programs that are effective in detecting malware. By using them, you get the upper hand in the fight against manipulative apps.