ANPR Cameras – How Can Technology Help Us Keep Roads Safe 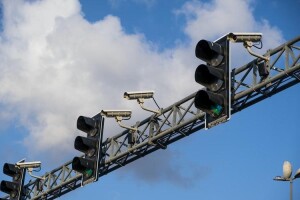 Technology has come a long way, from being something fought against by conservatives who felt it was a threat that was meant to take over the lives, jobs, and activities of humans, it has thrived to become a significant part of our lives and everyday activities. For every action carried out by humans, technology has significantly influenced technology that has drastically helped make it generally easier, making activities faster and yielding better results. With the primary intention of reducing stress on humans, technology has gone far to become a safety measure that has come a long way in keeping the road safe from traffic and road offenders using cameras.

What Are ANPR Cameras?

ANPR stands for Automatic Number Plate Recognition. This is a technology that vividly reads vehicle registration plate numbers of vehicles, recognizes them, and creates location data for all places visited by the vehicle within that vicinity. This information is captured by planted scanners or cameras that are often placed at strategic locations. These cameras are often referenced for traffic and law enforcement purposes. This technology converts the plate number captured by the cameras into a machine-encoded text, referred to as optical character recognition, and transmits it to other connected devices for official use.

There is a considerable amount of history behind ANPR that most people don’t know. People often assume that it is a millennium invention because many people today use it for such diverse applications as traffic studies, access control, and parking. But, astonishingly, the science behind automatic number plate recognition goes back over a century. The system was invented in 1976 at what was then known as the Police Scientific Development Branch (PSDB) (now called Home Office Scientific Development Branch) in the UK. The first systems were used beginning in 1979.

ANPR systems were employed in the UK to detect stolen vehicles on the A1 and the Dartford Tunnel crossing on the M25. Its development and adaptation with the times have made ANPR more relevant than ever before, transcending the limits of just policing and security.

This technology has been employed by both governmental and non-governmental parastatals across the world. Hence, it is used by different groups of people for various reasons. A few examples of groups who highly depend on them include:

Law enforcement agencies adopt the use of ANPR cameras to arrest traffic offenders who drive roughly or violate other traffic rules. For example, in a case of overspeeding, anpr cameras correctly capture the defaulter’s plate number, scans it, and images from different locations are put together and compared to determine the car’s speed and issue any appropriate fines. 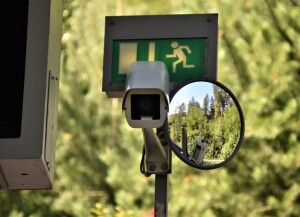 The police use the ANPR to trace, prevent and stop criminal activities. This means that this technology is used to detect uninsured and untaxed vehicles, tracing and tracking stolen vehicles, and intercepting kidnappers and armed robbers, including other major and organized crime cases. Each time a vehicle passes a camera, irrespective of the number of times a day, the camera reads its plate number and converts it into a non-unique reference number, known as a tag.

The cameras are used at car parks to give and get accurate recordings on the number of times a vehicle visits and the duration the vehicle stayed not to overcharge or undercharge for car park services. This can also be used to track the vehicles to prevent car theft from the car park. In private car parks, the cameras are self-regulated as the car park authority function independently.

The first public ANPR system was deployed in 1993 in London as part of the “Ring of Steel” camera network. The London Metropolitan Police implemented this project as part of an attempt to put an end to the string of terrorist bombings by the IRA that had occurred in London’s financial district at the time. This was a critical milestone that led many to think that ANPR was invented in the ‘90s.

In 2009, ANPR International released its first mobile ANPR product called streetSWEEPER, intended for multiple uses such as mobile surveillance, traffic surveys, and untaxed vehicle enforcement for the Driver and Vehicle Licensing Agency (DVLA). StreetSWEEPER detected over 27 untaxed vehicles within just a few hours of its first day on the road in Central London.

The introduction of these cameras is a massive stride in technology as it has helped reduce accidents and crime rates on the highway places where cameras have been planted. In addition, ANPR cameras are pretty much affordable and a necessity for all governmental organizations and thriving private businesses to ensure the safety and security of customers.