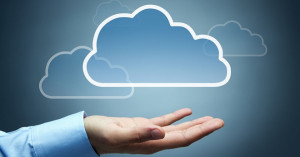 Today, SaaS applications are very common and people use them a dozen times or more per day without even realizing it. Such is the power and reach of SaaS, a key aspect of cloud computing.

SaaS, shorthand for “Software as a Service,” might not be a household term quite yet, but it’s already being utilized by millions of businesses and billions of ordinary people every day. What is SaaS, exactly, and what makes it so important for keeping the gears of our digitized society turning?

SaaS is a software licensing and delivery strategy that severs the ties that have historically bound front-end software users to the frustrating limitations of the programs on which they rely. Along with PaaS (“Platform as a Service”) and IaaS (“Infrastructure as a Service”), SaaS is one of the three pillars of cloud computing.

Anyone who has streamed media, backed up their smartphone, or used messaging services like Skype or Whatsapp is probably already familiar with the concept of the cloud.

However, here’s the snapshot version: cloud computing is a purely digital, net-based data management infrastructure that makes it possible for anyone with an internet connection to store and share information.

The SaaS model takes the convenience and versatility inherent in cloud computing a step further by using it as a medium for providing applications to users on an on-demand basis. This avoids the constraints that often come with standalone software.

The Perks of Software as a Service

The SaaS model of software and information sharing presents a few major advantages. Some of the most notable include:

- It’s flexible. It’s possible to use the applications from anywhere on any device—all that is needed is an internet connection.

- It’s lightweight. There’s no need to go to the trouble of installing a particular piece of software locally on different individual devices.

- It’s open. SaaS applications are ideal for carrying out fluid work functions and collaborative projects since they’re accessible to an extended network of subscribers.

- It’s affordable. SaaS eliminates the need for materials, manufacturing, packaging, warehousing, shipping, and all the other concerns that come with selling a physical product, meaning users stand to benefit from prorated prices.

The disadvantages of SaaS are relatively few, the chief drawback being a somewhat low functionality ceiling for those in need of solutions that can nimbly manage large quantities of data over a long timeframe.

Think about it this way: a small business might be able to get by using basic Google services to take care of their payroll or CRM duties. Larger companies will likely find those services lacking and have no choice but to seek out more specialized systems or types of software.

Furthermore, whereas local software can be run offline, most SaaS applications are only as good as your internet connection. Outages or poor connectivity could mean lapses in communication or reductions in efficiency, both of which can have costly consequences.

Many of the widely-used applications that fuel commerce, creativity, and personal communication in the modern world use the SaaS licensing model. Take for instance:

Each of these programs perfectly embodies the philosophy underlying the SaaS framework: anyone, from private individuals to massive multinational corporations, can make them a part of their day-to-day online existence with an outstanding degree of ease.

Knowing the differences between SaaS, PaaS, and IaaS is imperative for savvy professionals who are on the hunt for scalable solutions capable of meeting their individual needs. We’ve already outlined the defining characteristics of SaaS, but what about the other two?

PaaS platforms give developers a means of designing, launching, and sharing proprietary applications and software bundles without having to worry about establishing the kind of costly technological infrastructure that’s ordinarily required to do so.

Let’s take the example of a software developer. With PaaS, they would have full freedom to write new applications in their preferred coding languages, then find an affordable third-party platform to host them. They would only be responsible for managing their application data and resources. The PaaS vendor would tend to everything else—storage, servers, networks, databases, operating system maintenance, etc.

IaaS is a more open-ended approach to cloud computing. Like SaaS and PaaS, IaaS follows an on-demand format. Unlike the aforementioned models, IaaS is concerned not with universal applications or programming platforms but foundational computing solutions.

Essentially, IaaS vendors lend network architects the computing resources they need to handle complex processing operations themselves. These resources, which are often called “virtual machines” in reference to their non-physical nature, can be used to oversee a wide range of tasks, from data gathering and partitioning to server and networking management.

IaaS services facilitate the sort of high-performance activities that make up the core online operations of businesses of all sizes, such as:

These services are as flexible as they are powerful—subscribers can scale their usage as they see fit and only pay for the resources they consume.

It’s tempting to say that SaaS – and cloud computing more generally – are the future. The truth, however, is that it’s a reality we’ve been living in for quite some time.

The future has officially arrived. What can it do for all of us?

Christoph is a code-loving father of two beautiful children. He is a full-stack developer and a committed team member at Zenscrape.com – a subsidiary of saas.industries. When he isn’t building software, Christoph can be found spending time with his family or training for his next marathon.