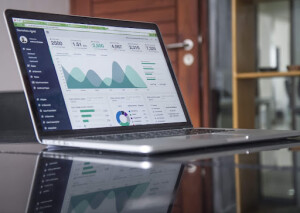 Photo by Carlos Muza on Unsplash

Nowadays, companies and enterprises require more space to store their data, and they can now choose where to store their data based on the size, scope, and cost. Of the many options available for this purpose, two are data warehouses and data marts.

In this article, I will explain the difference between a data warehouse and a data mart and which one is best suited for your company to store data based on your company’s data requirements.

What is a Data Warehouse?

A data warehouse, often known as a single source of truth, is a repository that holds all of an organization’s current and historical data from multiple sources. It’s an important part of a data analytics architecture since it generates a conducive environment for decision support, analytics, BI, and data mining.

What is a Data Mart? 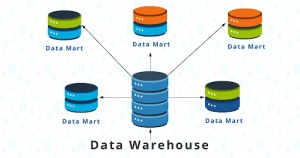 Data warehouses and data marts store structured data and are linked to traditional schemas, which define how records are described and organized. Businesses utilize an ETL tool to extract data from numerous sources and load it into the destination, regardless of the repository they use.

A data warehouse is a centralized relational database designed for analytical rather than transactional operations, capable of analyzing and altering data sets from numerous sources. A data mart, on the other hand, is a decentralized system that often holds warehouse data for a specific purpose, such as meeting the needs of a single line of business or company department.

The primary goal of a data warehouse is to create an integrated environment and a coherent image of the business at a given point in time and consolidate data and become a single source of truth across the business.

A data mart is typically utilized at the department level in a business division. It allows quick access to data for a particular department or line of business.

Data warehousing encompasses a big portion of the organization, which explains why it takes so long to process. On the other hand, data marts can only manage limited amounts of data. They are simple to use, create, and implement. A data mart can keep less than 100 GB of data. However, a data warehouse has a much higher limit.

Finally, compared to the data stored in data marts, the data kept in a data warehouse is always detailed. Data marts, on the other hand, are designed for specific user groups. As a result, the data is brief and limited.

Data warehousing has a broader scope and is more useful because it can bring information from any department. A data mart is limited in scope and only contains data from one department of a corporation. There can be separate data marts for sales, finance, marketing, and so on as they have restricted applications.

The primary goal of a data warehouse is to deliver an integrated environment and a consistent image of the business at any given moment in time. On the other hand, data marts often hold only one subject area, such as sales amount. Data warehouses are used for enterprise-wide analysis, whereas data marts are utilized for department-specific analysis.

Data warehousing is generally targeted across all departments. It may represent the entire company or enterprise-wide library of different data sources. A data mart, on the other hand, is subject-oriented and is employed at the departmental level for a single subject or organizational area.

The time it takes to build up the entire process in a data mart is 3-6 months, whereas it takes at least a year in a data warehouse.

The price of a data warehouse varies but is usually greater than $100,000. With cloud solutions, the cost can be much lower because businesses pay on a per-use basis. On the other hand, data mart prices begin at $10,000.