How to Protect Your App from Insider Threats and External Breaches 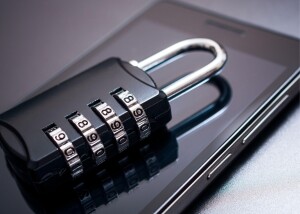 Besides budding entrepreneurs and businesses, hackers also have a keen interest in web applications. Their interactive design creates potential flaws that can be exploited to breach and steal sensitive information.

Half of all data breaches start with web applications, and attacks that target web apps are on the rise. What’s more, a staggering nine out of ten apps are vulnerable to cyberattacks. Therefore, it’s highly likely that your web application is going to be a target.

Failure to defend your apps results in hackers’ infiltrating your app. Once inside, they can grant themselves access to all data, both yours and your customers — including passwords, credit card information, and addresses.

When setting up cybersecurity systems for their apps, entrepreneurs focus on protecting them from external breaches. However, insider attacks can also lead to the exploitation of the app as well as unauthorized access. You need security that can do both.

How can you protect your app from common insider threats, and what are some vulnerable parts of the app that you should know about?

Protecting the Most Vulnerable Parts of Your App

Flaws can lead to a security breach and data leaks. The most common flaws include:

- Unauthorized user access — cybercriminals can get credentials if your users have weak, easily hackable passwords or if they get their login data via a phishing attack

- Changes in the application architecture — such as shifting to cloud technology, scaling the application, or normal day-to-day use of the app can leave the app vulnerable

- Broken access control — similar to unauthorized access, hackers can bypass restrictions to get inside your application and change or delete data

Cybersecurity for your app can’t be foolproof because there’ll always be new flaws that require patching up. The best you can do is to have tools that scan for vulnerabilities before hackers find them.

Protecting the App from Within with RASP Attack Detection

Runtime Application Self-Protection, otherwise known as RASP Attack Detection, is the type of cybersecurity that is built within the app. Its goal is to detect internal and external threats in real time.

This tool is activated as soon the app runs and blocks detected threats right away. By analyzing the behavior of the app and considering the context of the application, it can detect malicious input in the app.

RASP protects web applications from the OWASP’s top 10 risks that include various types of malicious injections, vulnerabilities, and potential attacks on the web apps.

Zero-day attacks target the parts of your systems for which you don’t have protection. This might be ‌because your IT team is not familiar with such threats or hasn’t detected the flaw that needs patching up within your system.

RASP continually scans for potential flaws by analyzing requests in the code’s context for an app. Within the app, it decides whether a request is malicious and alters the IT team.

RASP on the cloud scans for suspicious activity during any changes in the cloud’s architecture. It does so to notify your team of any vulnerabilities that might appear and mitigate threats early on.

While on the cloud, it considers the context while detecting new or already familiar threats.

Unauthorized access to your network that leads to unwanted activity within the app is one of the biggest vulnerabilities when it comes to website apps.

What does insider threat protection look like when you integrate your applications with RASP?

RASP looks over the traffic within the web application to detect careless users or block malicious activity.

Protecting an app from the inside out is just as important as making sure that your customers have a good user experience and that all the features on the app work properly.

Customers log in and give you their data. All they want to know is that their information won’t be leaked in breaches after hackers exploit a vulnerability in your application. Successful hacking breaches create distrust and deter customers from using your web application.

In reality, ideal cybersecurity that keeps your app 100% safe doesn’t exist. You and your users are constantly working on the app and changing it. Also, hackers are getting more sophisticated with their attacks and there’s no way of knowing how they’ll attack next.

You can start with tools such as RASP to protect your app by continuously scanning and blocking malicious requests.

RASP takes a lot of legwork from your teams by scanning for vulnerabilities in real time. As they don’t have to do checkups manually, they can focus on more pressing matters.

It also creates peace of mind for your company as you know that you’ll be alerted in case of both insider unauthorized access attempts and external breaches.