How to Save Money on Smartphone Usage

As the cost-of-living crisis bites, here’s how to save money on smartphone usage 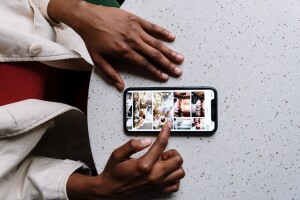 The emerging cost-of-living crisis has rocked households, with UK inflation reaching 5.4% in December, as i reports. While increasing energy prices and supply chain issues are largely to blame, essentials like food, drink and clothes have also become costlier.

Something else you might consider essential is, of course, your smartphone. Fortunately, though, by scrutinizing your phone and how you use it, you could ascertain ways of trimming associated expenses you have long incurred – perhaps, in some cases, without having even noticed.

Resist buying a new smartphone as soon as you usually would

Even if you tend to regularly buy a new smartphone, such as every two years, you should stop to consider whether doing so would be entirely wise in the current economic climate.

In a recent survey of 2,000 UK adults, smartphones were ranked as the number-one item deemed too expensive these days. So, if a new phone is tempting you more for its wow factor than because this device would better serve your practical needs, you might want to hold fire for now.

If you do need a new phone, be careful which one you buy

It could be genuinely wise for you to buy a new phone now if, for example, it is damaged beyond repair and having it fixed would be less cost-effective than sourcing an entire replacement handset.

However, even in a situation like this, you should think twice about just reaching for the latest high-end smartphone. A model released just a few years ago – like the iPhone 8, which arrived in 2017 – could suit you fine. OnBuy offers a wide selection of mobile phones for you to choose from.

Switch to a SIM-only plan

In the above-mentioned survey reported by The Sun, 56% of respondents revealed that they were willing to continue using their existing smartphone long after their contract with the mobile carrier had expired – and save money by switching to SIM-only plans.

You might also be surprised to know that the prices of these plans have fallen over time – having, for example, dropped by 10% from 2019 to 2020.

Unsubscribe to any phone-based services you no longer need

In the same survey commissioned by SIM-only mobile network provider SMARTY and conducted via OnePoll, over a third of respondents claimed to have a financial ‘spring clean’ at least once yearly to make sure they weren’t still on unused subscriptions.

Nonetheless, 41% of respondents said they had forgotten to cancel a membership or subscription, while one in five had left one running for up to three months without using it.

Still, you should probably keep hold of a mobile VPN subscription…

That’s because it would be ideal for you to connect your smartphone to the internet via Wi-Fi, rather than through using mobile data, whenever possible – and a mobile VPN subscription could help you to protect yourself, as not all Wi-Fi networks are as secure as you would probably hope.

This tip comes from MakeUseOf, which points out that “free Wi-Fi is available almost everywhere”.