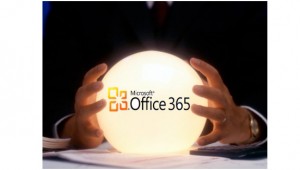 If the pandemic became the biggest accelerator of digital transformation, then arguably Microsoft 365 was one of its biggest enablers, allowing organisations everywhere to adapt to remote working more effectively.

At a time when there’s more pressure than ever on businesses in almost every sector, Microsoft 365 has allowed teams to stay productive while adapting to their new environments, collaborating efficiently with different departments, accessing documents from multiple devices and locations, as well as holding meetings and maintaining strong communications.

As such, it’s become one of the most heavily relied upon tools but it’s also one of the most expensive – especially if you’re paying for licenses you don’t need. Which most organisations are.

Not enough businesses have a dynamic means of understanding the use of these products, and if you’re unable to control and manage these applications, how can you ever truly expect to manage your investment efficiently?

The most common ways businesses are overspending on Microsoft 365 licenses

Overspending on licenses is nothing new. In fact, Gartner recently revealed that more than a fifth of SaaS applications become ‘shelfware’, but this problem has only increased over the past year or so.

In the rush to make sure employees have everything they need to do their job effectively from home, businesses have been overspending on Microsoft licensing either buying too many Microsoft 365 licenses, or continuing to pay for ones they don’t need, thus wasting precious budget.

This is largely down to three causes:

- Applications no longer in use – Microsoft 365 offers such a vast product range, that often, similar functionality is covered by other tools within your organisation that individuals simply aren’t aware of.

- Duplicated accounts – when purchasing goes through different people and even different business units, it’s very easy to end up with duplicate accounts, and naturally, having teams working from home exacerbates this. Mergers and acquisitions can also lead to a large number of duplicated accounts.

- Unused accounts – one common mistake that businesses make, is assuming that applications like Microsoft 365 or Teams are widely used across the organisation, but it’s often not the case. In addition, many companies have experienced a higher number of movers and leavers within the past 12 months, which also commonly results in unused accounts.

A holistic view of usage is necessary if you want to get the most from your Microsoft 365 investment, as well as minimise unnecessary costs. This starts with full visibility of who is using this tool, how, when, and in what way. Establish a list of users by department, understand what future plans they have, check when they last signed in.

Not paying for unused licenses anymore should be your biggest priority and one of your first steps. Identify what are known as ‘zombie’ accounts and downgrade other users where appropriate. Just be aware that you may have users currently on leave, or they may have future projects in the pipeline that they will require their license for; always check in with team leads first when matching up product and user profiles.

And finally, make sure the right people have access to the right tools at the right time. Good software asset management tools help you gain better visibility, in real-time, and enable you to share this valuable data with other relevant individuals and teams in a meaningful way. Not only does this ensure you are protected from licensing non-compliance, but also helps you optimise your software spend. With remote working and the shift to the cloud only set to continue, this needs to be a priority for all businesses.

Libby Bagley is Community Manager at License Dashboard, which specialises in software asset management and licensing expertise for large and fast-growing organisations.