MATSOTSKY Sergey – How he made his mark in the Tech Industry

Sergey Matsotsky — is a well-known IT entrepreneur and an investor. He founded the GS Invest Holding, bringing several IT-companies together. He contributed to the emergence of IBS, a major integrator, and Luxoft, an international company. 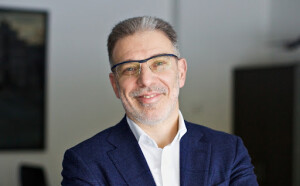 All of Sergey Matsotsky, curriculum vitae has to do with IT. He was born in Moscow on February 25, 1962. He graduated from the Physics and Mathematics High School No 444, which was the first in the USSR ever to teach the Computer Programming trade. It was in that school that his interest in Information Technology arose, which determined the entire life of the future entrepreneur. Later on, Matsotsky studied Applied Mathematics at the Moscow Institute of Petrochemical and Gas Industry.

The career of Sergei Matsotsky began in 1984. He took the position of an engineer – Head of a department in the Central Geophysical Expedition (TsGEM) of the Minneftegazprom (the Oil and Gas Industry Ministry) of the USSR. However, on the eve of the 1990s, the more experienced, highly qualified experts began to leave the TsGEM. This made any further activities at the TsGEM uninteresting and unpromising, the entrepreneur recalls.

First Steps in the IT Business

In 1990, Sergey Matsotsky headed the commercial department of the Intermicro Joint Venture. Matsotsky later recalled that it was there that he realized “how NOT to do business” and this became a valuable experience for him. Two years later, he left Intermicro, establishing the IBS company together with his collaborates and he worked there as an executive director until 1997. IBS started operations with banking automation projects.

Since 1997, Sergey Matsotsky has been the CEO and Chairman of the Board of the IBS Holding Company.

Scaling Up the IBS Business

In 1997, Citicorp and AIG bought a 29% stake in IBS for million with the view to take the company to an initial public offering (IPO), which was targeted for 2001. However, this operation had to be postponed due to the industry crisis. The IPO had only become possible in 2005: a total of 33 % of the shares were sold, bringing 3 million, according to the Wikipedia website.

IBS took a steady leading position on the IT market of the CIS countries. After leaving the position of CEO in 2012, Sergey Matsotsky took up Strategic Business Development.

- In 1994, the Deline Co. (originally as a Dell distributor) was set up within IBS, it was later renamed DEPO Computers and became a manufacturer of computers and servers. Sold in 2009.

- In 2000, Matsotsky brought the Luxoft Co. to the offshore software market. Sold to an American company in 2019.

- The Medialogy service was also created in 2003 under the auspices of IBS. At the beginning of 2019, IBS sold its stake in Medialogy. Sergei Matsotsky (Wikipedia) kept 21% though to himself.

In 2020, Matsotsky’s priorities have changed. He decided to exit IBS by splitting the business. Matsotsky explained this by changing priorities and different views on the further development of the company. He sold his shares in IBS and transferred control of the company.

Own projects of Sergey Matsotsky

Sergei Matsotsky remained the owner of some companies he was most interested in that were previously part of IBS. He established the GS Invest Holding to manage those and newly created enterprises.

“Everything related to software, including custom development of large dedicated systems, is growing and will continue to grow,” says Matsotsky, as he continues to invest in the IT business.

Sergey Matsotsky is not just a manager and an investor, but he is also a good IT expert and a functional architect as well. He is directly involved in the development of solutions and in the search for the new market niches. “I like to be creative together with the team — to generate ideas for new projects or to develop a solution for a specific challenging task,” says Sergey Matsotsky.

Matsotsky Sergey is a regular entry of any ratings of the business management and IT industries. He was recognized as the person who made the most significant contribution to the IT industry, as one of the best corporate strategists in Russia and top managers of the IT industry.

Also recognized as one of the ten most influential people in the Russian high-tech market (Dator Top 100 and IWC Ratings).

Sergei Matsotsky is married and has a grown up daughter.

Sergei Matsotsky considers travel to be the best recreation and the perfect gift. He loves to swim in the warm sea, watching the life of the underwater world creatures. It is his travel that brought him funny incidents and vivid memories of his life, he admitted in an interview.

New Year for Matsotsky is the best family holiday, and cooking the famous Russian Olivier salad is his “sacred duty”.