Resolving the SIGSEGV Error that Causes Container Termination in Kubernetes 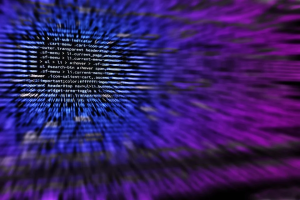 SIGSEGV, a runtime error brought about by a segmentation fault or invalid memory reference, is a common problem that results in the termination of containers in Kubernetes. For those wondering what each letter of the term represents, SIGSEGV is not an acronym but more of an abbreviation where SIG stands for signal, SEG for segmentation, and V for violation.

This fault entails that there is an ongoing attempt by an application to write or read beyond its memory allocation. It is not an uncommon issue, but new developers may need a refresher or an introduction to the solution, hence this article.

The SIGSEGV segmentation violation happens in Unix-based operating systems including Linux. It is identified as operating system signal 11 in Unix/Linux. The SIGSEGV signals are produced at the OS level. However, they can also arise in container orchestration platforms such as Kubernetes, where the error is known as exit code 139. This fault indicates that a Kubernetes container has been terminated.

Encountering SIGSEGV segmentation fault means that there is an irregular or forced termination of a process. This termination is the default response to the emergence of the cause of the error (more on this below) to prevent violations of memory integrity. It prevents a system from suffering memory corruption and other worse consequences.

The process termination may also come with other events, as described below:

- It can result in the generation of a core file to enable or assist in debugging. This newly created file can also conduct other platform-dependent operations.

- It can cause the writing of detailed logs to facilitate troubleshooting and security evaluations.

Basically, SIGSEGV happens because of a process that tries to use a memory allocation that is not intended for it. There are three major reasons why this happens: coding error, binary and library incompatibilities, and hardware misconfiguration or incompatibility.

Problems in the code itself can cause segmentation violations. These can make processes fail to initialize properly. They may also make processes access memory through a pointer to a previously deleted memory, which creates a segmentation fault in a particular process or binary file. SIGSEGV faults attributable to code errors can be distinguished from other causes by looking at the location of the violation. If the violation is within a specific binary file or process, the error is most likely an error in the code.

SIGSEGV faults can also appear because of processes that run a binary file that is incompatible with a shared library. One example of this is the incompatibility that follows after a library update. If a developer releases an updated library with a new binary interface but fails to update the version number, there is a possibility that an older binary will be loaded with the updated library. The ensuing incompatibility can cause the older binary to attempt to access inappropriate memory addresses.

Thirdly, segmentation violations can happen across different libraries without a perceivable repeating pattern. This could signal improper low-level configuration settings or an issue with the memory subsystems on the hardware. Frequently getting an exit code 139 on different libraries likely means that memory libraries have been assigned to the wrong places. The segment violations appear because the memory repositories on a machine have incorrect settings or allocations.

The SIGSEGV troubleshooting process can be summarized in three steps: check, debug, and troubleshoot.

(1) The first step is to inspect the container that manifests the problem. Look at the documentation or logs that have been generated in connection to the fault to learn more about the issue. Examine the detailed logs that may be

(2) Kubernetes by default is going to terminate a pod that suffers from a segmentation fault unless the configuration provides a different instruction. As such, it would be necessary to recreate the error as part of the investigation process. Attempt to debug by intentionally causing the error, to have an opportunity to learn more about it and fix it retroactively.

It may be necessary to change the configurations in the OS if necessary to allow processes to continue even when the fault takes place. Doing this makes it possible to see what specific actions are triggering the emergence of the fault.

Usually, the SIGSEGV error is already resolved after the debugging step. However, it is possible that the issue would still persist or not be fully resolved. Proceed with the memory troubleshooting if such is the case.

(3) Memory troubleshooting is a manual process that entails the location of the specific memory library that is responsible for the fault. Prepare to spend quite some time when doing, as it would be necessary to go through each memory subsystem within the ecosystem. Individually check each memory’s subsystem’s allocations until the error is found.

It is possible to avoid the tedious work of doing manual memory troubleshooting by turning to automated Kubernetes troubleshooting solutions. These convenient tools are designed to help DevOps teams to focus their effort on more critical tasks instead of spending more time on manual troubleshooting requirements.

They can serve as a single source of truth (SSOT) in addressing various K8s issues. They can provide an easy way to keep track of changes that result in serious consequences. Furthermore, they also help in achieving in-depth visibility by presenting a comprehensive activity timeline that includes all code and configuration change details, alerts, pod logs, and deployment information. Additionally, automated K8s troubleshooting solutions provide insights into service dependencies.

To emphasize, a SIGSEGV error is signaled by the exit code 139 and should be addressed as promptly as possible. This is neither a rare nor a complex issue in the Kubernetes environment, although identifying and troubleshooting it can be a little tricky.

Take note, however, that Kubernetes and operating systems have different approaches to dealing with this problem. Operating systems may allow the processes themselves to resolve it, but Kubernetes is set to terminate a pod and then attempt to restart it unless the pod is specifically configured to do otherwise. Remember the troubleshooting guide briefly detailed above to easily handle this issue.