TCP/IP vs OSI: Which Is the Better Network Communication Model? 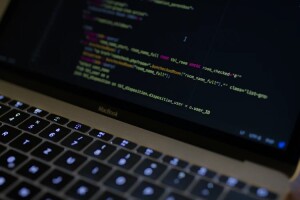 Also known as the internet protocol suite, the Transmission Control Protocol/Internet Protocol (TCP/IP) model is one of the primary sets of rules for communication and the interconnection of devices on the internet. Around a decade later, the Open Systems Interconnection (OSI) model was introduced. It was created with the goal of enabling interoperability among a wide range of communication systems that employ standard communication protocols.

Both the TCP/IP and OSI models are in use at present. They serve similar purposes, so the comparisons are inevitable. How are they similar to or different from each other? Which one is better? Does it make sense to compare the two?

TCP/IP is about end-to-end data communication, providing the specifics on how data should be transmitted, addressed, packetized, routed, and ultimately received. It involves four layers, namely the application, transport, internet, and link layers. Its technical standards were developed and are maintained by the Internet Engineering Task Force (IETF).

The OSI model can be described as a more comprehensive reference networking framework. If TCP/IP has four layers, OSI has seven. These are the application, presentation, session, transport, network, data link, and physical layers. The OSI model partitions data flow into these seven layers, with each layer serving as a class of functions that connects the previous layer to a higher layer. This model was developed in the late 1970s and was eventually adopted as a working product of the Open Systems Interconnection Group at the International Organization for Standardization.

TCP/IP does not distinguish between the application, presentation, and session layers. It only has the application layer directly above the transport layer. It veers away from strict hierarchical encapsulation and layering. The reason for this aversion to layering is recorded in a Network Working Group memo, which notes that “layering can be harmful.”

“In the data networking context structured layering implies that the functions of each layer are carried out completely before the protocol data unit is passed to the next layer. This means that the optimization of each layer has to be done separately,” the memo writes.

With its structure and reliance on specific standard protocols, TCP/IP is suited for addressing specific communication problems. In contrast, OSI provides a generic and protocol-agnostic model that is applicable to network communication of all forms.

Also, the two models are different in their use of the layers. With TCP/IP, most apps make use of all four layers. Meanwhile, with the OSI model, only the first three layers (physical, data link, and network) are compulsory. Data communication is still possible with OSI even without making the data go through the network, session, and presentation layers.

The TCP/IP model is notably simpler as it has fewer layers. However, this does not mean it is inferior. For one, it works independently from the operating system of the machine it is running on while supporting multiple routing protocols. It allows connections between different types of computers. Also, it provides a scalable client-server architecture.

What makes TCP/IP somewhat disadvantageous, though, is its complicated nature. It can be tedious to set up and maintain. If a protocol needs to be changed, the process is not going to be easy. Moreover, TCP/IP does not establish clear separation from other services, interfaces, and protocols.

The way the OSI model works is considered advantageous for operators of computer networks because it makes it easy to determine the hardware and software necessary to build a network. It provides a straightforward way to understand and communicate the process through which devices or components are supposed to work with. Also, OSI reduces complexities, supports interoperability, facilitates modular engineering, and makes it easy to adapt to different types of networking protocols.

One drawback of the OSI model, however, is that it is not built to define specific protocols. It is only useful as a reference model. Also, its layers are not designed to work in parallel with each other. Data would have to go through the different layers one by one, which creates the possibility of duplication of services.

Despite being a newer technology, the OSI model is not as popular as TCP/IP. Some even consider the idea of deprecating OSI. In an opinion piece, Steve Taylor and Jim Metzer of Network World wrote that the original OSI model is not compatible with modern networking protocols. They floated the idea that it might be time to lay OSI to rest.

Advances in internet technology have led to new data communication dynamics. Virtual networks, abstract topologies, and other relatively new concepts do not coincide with the foundations of the Open Systems Interconnection model. The development of the internet is largely based on TCP/IP, which never took into account the ideas of the OSI model. TCP/IP is considered as the “more practical model,” as the standards which the internet was built upon are attributed to it.

It is difficult to conclusively say which network communication model is better since they have their respective pros and cons. Debugging and troubleshooting is better with the OSI model because it has more layers that make it easy to spot the possible sources of problems. However, TCP/IP has more specific applications and allows interoperability. It is also more prominently used in modern networking.

The preference for fewer layers and use of different protocols to handle data transmission is a bane to the continued existence of the original OSI model. Add to this the fact that the TCP/IP model is more widely used, so networking tech advancements evolve with it. This means that it is more practical to develop systems with the TCP/IP model in mind instead of trying to reinvent OSI to tap on its advantages.