The Future of Mobile Technology

Modern society has, over time, learned to love retro technology. Mention a Commodore 64 or the original NES to someone and they go crazy for it, bringing back with it a flood of nostalgia. There are now countless emulators relating to retro consoles and computers that can be played on modern hardware and this yearning for old tech has started to enter the world of mobiles.

With the way current market trends are going, it is possible that phones such as Samsung’s Galaxy Fold and their Z Flip are going to become the future. Notably, they have received high praise in the tech press. The foldable technology could be seen as a modern reinvention of the older flip phones from the early 2000s such as Motorola’s infamous Razr.

Interestingly, the Razr was rehashed and relaunched by Motorola as one of the first flip phones for a new generation, despite being plagued with teething problems such as questionable hinge design and brittle glass. Soon after, firms such as Samsung and Huawei had put the wheels in motion to develop fold and flip phones within the following months. 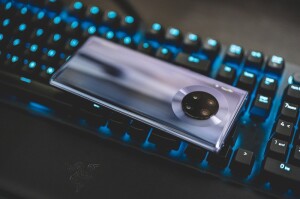 Now folding phones are looking to become the norm and this has presented some intriguing forms of diversification. The back-end of 2020 saw the release of LG’s Wing 5G, bringing with it an innovative new design relating to a 6.8 inch OLED screen that swivels to go horizontal. This then revealed a smaller almost square screen that can be used to perform other tasks. Combos that LG have pointed to include having the larger screen playing a YouTube video and the smaller screen as a media controller.

Also, you can use the two screens in tandem to allow users to benefit from the Wing’s Gimbal Motion Camera. In essence, the phone in itself can act as a stable gimbal with Gimbal Mode. This is as well as giving users the ability to utilize a Dual Recording mode where it can record both the front and back cameras at the same time.

A dual-screen phone opens up the potential for further innovation relating to app development. This can be both for the main 6.8-inch screen of the Wing or for the smaller screens. Naturally, this will apply not only to LG’s phone but other dual-screen phones too.

These could range from scaled-down versions of popular apps such as the various music players and for mobile games such as Candy Crush and Angry Birds. In particular, this opens up a myriad of avenues within entertainment spheres, be it in mobile games or otherwise. There’s also plenty of benefits to browser games such as those found in online casinos, which you read it yourself here. Online casinos have been major exponents of new technology ever since their inception, be it the adoption of HTML5 or 5G, and foldable, swivel and flip phones present an intriguing new opportunity for them to take advantage of in the following years. 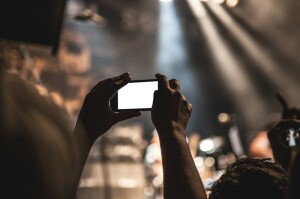 There’s no doubt that folding phones in any guise look to be at the forefront of mobile’s exciting future. Foldable phones may well become the norm as consumers yearn for more screen real estate and wish for something that will fit in their pocket. Of course, it is early days at the moment, but the next few years will be some of the most interesting yet.