The Most Top Rated Memory Kit And Servers On The Market 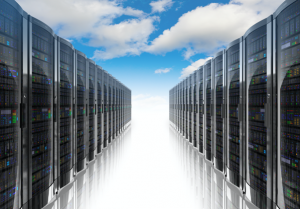 Whether small, medium, or large businesses need servers nowadays for many reasons. The digital world is also feeling under the influence of pandemic, and the need to work from home is increasing tremendously. Following are some important aspects you need to keep in mind when going to set up a new server, upgrading the setup, buying hardware like a memory kit for the server.

The processor is one of the most critical components to consider when buying server hardware.The central processing unit (CPU) does all the heavy work while running programs. Data shifting is a critical yet delicate work that needs a fast and smooth CPU. The most considerable servers control various processors, like one per socket.

High performance of the system requires sufficient server memory. The large memory available, the smoother would be the function of the system attached to the server. It is not just memory that is responsible for good performance, but amongst many factors, the most critical is memory.

Say goodbye to downtime or slowdowns with the HPE memory kit for the server. Keeping a moderate quantity of memory anticipates those issues and supports productivity. Reliable network access means all tasks can be completed without wasting time.

HP ProLiant is a name of server computers initially produced and vended for most speedy and easy operation related to servers. HP ProLiant systems led the maximum number of systems on the market since 2010.

Another vital part to view is the security feature of servers. As with other elements, servers can range significantly in what they offer, with each vendor taking a specific plan to fasten their systems.

Sound remote management is the speciality of HP Proliant Gen10 Servers systems. It maintains your servers proficiently and safely. Fix problems swiftly while engaging with new requirements and managing your business on a roll.

HP Proliant Gen10 Servers systems are the world’s most secure top-rated server. The line of ProLiant HP Gen10 servers is a magnified holistic, comprehensive view of security that starts in the industrial supply chain and settles with the safest conclusion.

Servers vary significantly in the internal storage types that they support because workflows and applications also vary. HP Proliant Gen10 Servers systems and HPE memory kit for the server are automated infrastructure across servers, storage, and fabric. Both the products can reduce IT costs and perform faster provisioning of servers and storage in minutes versus hours.

Server setup and upgrading is a meaningful phenomenon related to business. Expecting the information mentioned above is helpful to you when making your mind get the excellent product at the most suitable price from the most trustworthy manufacturer.