The Top Mobile Payment Technology Trends in 2021 – So Far 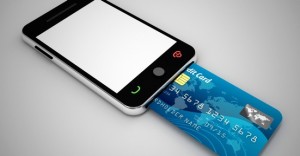 But if cash usage is down significantly, then where is this spending increase coming from? Mostly, it’s originating from cards and mobile payment technologies. As consumers stopped passing bills/coins due to pandemic concerns, credit/debit card use rose steadily.

Now, virtually all working-age adults are familiar with cards. But aside from EMV chips, not much innovation is happening in this niche. By comparison, mobile payment technology has been surging ahead. So below, we’ll discuss the latest advances and trends in mobile payment apps.

Even before 2020, the mobile payments space was changing fast. But the events of the past two years threw gasoline on that fire, speeding up progress. Below, we’ll underline three top trends that have emerged recently.

(1) The COVID Pandemic Has Accelerated the Rise of Contactless Payments

At the start of COVID-19, we didn’t know much about the virus. Other than its 2% fatality rate and its frightening symptoms, nobody had a clear idea of how it spread. So, we treated it like the flu, which is a contagion that spreads through contact with an infected surface.

As the world began sanitizing surfaces and washing its hands liberally, people came to a realization. Money, widely understood to be dirty before the pandemic, was a potential infection vector. So, consumers and merchants alike scrambled to embrace contactless payment methods.

While consumers with EMV debit/credit cards switched to tap-and-go payments, others started embracing mobile payment apps, especially in younger cohorts. These generations often use apps like Apple Pay and Google Pay, and they’re doing it in more places than ever before.

According to Statista, a global statistics clearinghouse, 63% of American retailers offered Apple Pay back in 2019. An additional 26% had plans to institute mobile payments – and given the year-over-year growth of mobile payments, it’s likely that many of those retailers fast-tracked their plans.

But for younger Millennials and Gen Z, even mobile wallet apps are a bit passé. For this crowd, peer-to-peer payment (P2P) apps are often the preferred way to move money. According to expert estimates, roughly 38.5% of Zoomers use a P2P payment app. By 2025, that number is expected to explode to 62%.

These apps do more than pay for weekend drinks – they serve as receiving accounts for income, they are used to pay bills, and users can even purchase products through these platforms.

According to Marketplace, an online publication of Minnesota Public Radio, some businesses accept payment via platforms like Square and Venmo. They aren’t just accommodating the young – some entrepreneurs report saving money on card fees by taking P2P payment apps.

So, if contactless and mobile payments are so convenient, why has it taken so long for them to emerge? After all, Apple Pay has been around since 2014, and Venmo launched in 2009. In two words: consumer trust.

Since the launch of the internet, security has always been a concern. Every time major companies get hacked, the details are splashed across cable news. So for years, people have hesitated to become early adopters, especially in the payments space.

But, as time has passed, more tech-savvy generations have come of age. Unlike their older counterparts, they are less likely to consume traditional media. As a result of this (and being digital natives), they were less hesitant to accept mobile payment apps.

Nonetheless, security is a real issue when it comes to payment apps. So, their creators have invested heavily in shoring up their defences. For example, Apple Pay has tied its service into Touch ID – to use the app, owners must place their fingerprint on their iPhone or iPad’s sensor.

The mobile payments space is evolving quicker than ever before. But many didn’t realize this until external circumstances (i.e., the pandemic) dragged them into this world. So, who are the leading players in online payments today? We’ll talk about three firms below.

In 2009, Iqram Magdon-Ismail and Andrew Kortina founded this payments technology company. Their mission? To create a way to send money from one smartphone to another.

Their concept quickly garnered interest. The following year, Venmo attracted over 1.2 million USD in seed funding. And by 2012, Kortina & Ismail sold their startup to Braintree for 26.2 million USD. But that deal paled in comparison to PayPal’s acquisition of Venmo. In that transaction, over 800 million USD went to the sellers.

Initially, Venmo was only intended for cash transfers between friends. But by 2015, Venmo’s user base crossed three million users. As a result, PayPal lifted the ban on consumer-to-merchant transfers. From that moment on, Venmo customers could pay at any business that accepted PayPal. This decision catalyzed growth in the ensuing years, with user accounts hitting 40 million in 2019.

In 2020, the user base jumped to 52 million. Within two months of the start of the pandemic, account activity jumped 11%. And with the rise of mobile contactless payments, more people started to ask their favorite retailers if they took Venmo. With more expected to accommodate these app holders in the near future, Venmo may hit 900 million USD in revenue by the end of 2021.

But Venmo wasn’t alone in foreseeing a future in contactless payments. In 2009, Twitter founder Jack Dorsey and Jim McKelvey launched Square, a company designed to offer an alternative to card payments.

The firm took its name from the square-shaped receivers, which merchants would use to accept payments from Square-enabled smartphones. But while this initiative enjoyed (and continues to enjoy) success, their launch of the Square Cash App in 2013 turned them into a player in the cash transfer scene.

Before the pandemic struck, Square’s Cash App had 24 million users. A year later (2020), that base surged 50% to 36 million. But even more shocking, year-over-year revenue growth exploded more than 350%, and profits almost tripled from the year before.

And as you might guess, Square’s contactless terminal business was also booming. As a result, Square Inc’s revenue doubled year-over-year to over 9 billion USD, and their gross profits did the same, doubling to 1.14 billion USD.

Not all payments are sent to best friends or a local coffee shop. Over the past two decades, the development of the internet has internationalized the world. These days, many businesses have to source materials, labor, or services from overseas to be competitive.

What’s more, the dawn of wireless connectivity has also allowed anyone to live and work anywhere in the world. In 2020, almost 11 million Americans identified as digital nomads.

Both trends have fuelled the rise of international money transfer providers. Today, dozens of international payment apps exist, but Wise stands out above them all. Founded as Transferwise in 2010 by a pair of Estonian friends fed up with bank exchange rates, the company has become one of the biggest transfer companies in the world.

In their first year of operation, they moved 10 million EUR. In 2017, though, that number had jumped to 1 billion GBP per month. So how did Wise get so popular? By charging the interbank rate as their headline price.

They charged a nominal fee on transfers to make money, but even with that, they were still the cheapest option for many currency pairings. In recent years, they added more value by debuting the Borderless Account (now known as the Multi-Currency Account). In short, this account allows users not just to trade but hold money in up to 54 different currencies.

Why are Cross-Border Payments Such a Big Deal?

As mentioned earlier, the world has become a more internationalized place. The pandemic hasn’t changed that – as multiple material shortages have demonstrated, we’re more dependent on overseas actors than ever before.

So, when a business/individual makes overseas bank transfers, their choice of money transfer provider matters. The better the deal they get, the more cash stays in their pocket.

Now, let’s say an event planning business needs to pay a graphic designer in the UK 2,000 GBP per month. On average, banks charge a 3.5% premium on the interbank rate. That means instead of getting a USD/GBP rate of 0.7262, this company would have to move money at 0.7008.

At that rate, the event planners would have to send 2,854 USD to pay their graphic designer 2,000 GBP. But what if they could change money like their bankers (at the interbank rate)? If that were the case, they’d only have to transfer 2,755 USD – about 100 USD less.

Now, businesses/individuals changing money sans fees isn’t realistic, but they can get close thanks to firms like Wise. By making that same transfer with Wise, the event planning firm would exchange 2,770 USD after paying around 0.6% of the send amount in fees.

By saving roughly 85 USD per monthly transfer, this business would amass over 1,000 USD in annual savings per contractor per year. For small businesses, that’s a big deal.

Mobile Payments are Getting Cheaper and Easier to Manage

In most cases, mobile payment apps were always the superior choice. But most didn’t realize this until the pandemic made face-to-face interactions dangerous. Now that scores of new consumers have tried these apps, many won’t ever go back.

Why? Because services like Venmo, Apple Pay, and Wise have made money transfer seamless and affordable. A few taps or one swipe over an NFC-enabled device is all it takes to pay now — no more carrying cash/cards or worrying about losing them. And no more hemorrhaging savings to greedy bankers.

To be sure, payment firms won’t repeat their recent parabolic growth. But now these mobile payment providers have millions of new fans. These fans will tell their friends. And so, near-term growth will likely outpace pre-pandemic year-to-year growth.