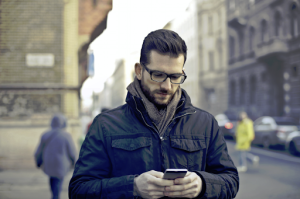 The information age has brought with it not only incredible new technologies that are making the world a better place, but also fresh ways for crooks and con artists to exploit victims.

Mobile app fraud is a major example of the ever-escalating wave of cybercrime, and so it’s important to think about how best to prevent malicious activities from impacting your own projects.

With that in mind, let’s go through some impactful strategies which can lessen the likelihood of fraud harming your application’s reputation.

There are all sorts of subversive strategies out there at the moment, from identity theft to learning how to cheat a slot machine with a cell phone. One of the most common types of mobile app fraud involves hackers compromising the accounts of legitimate users, and then exploiting this access to make unauthorized purchases.

This can occur if a customer’s information has been compromised in some other data breach, leaving their login details open to the highest bidder.

A good way to stop this type of attack in its tracks is to use multifactor authentication as part of the login process. So even if a fraudster has the username and password, they won’t be able to get in and cause mischief because there is at least one other layer of security to get through.

This could involve sending a code in an SMS to a user’s approved mobile number to show that it really is them. It could mean requiring a biometric confirmation of the user’s identity, such as via their handset’s fingerprint scanner.

Another of the challenges surrounding mobile app fraud is that it can be difficult to detect fraudulent activity until it is too late, especially as it can seem very similar to legitimate user behavior on the surface.

Rather than having to do this manually, there are modern fraud detection tools which make use of artificial intelligence and machine learning to not only sniff out suspicious activity and underhanded tactics right now, but also evolve to encompass changing cybercriminal practices in the future.

Everything from the location of the device being used to the speed and frequency with which transactions take place can be indicative of a fraudster’s presence. And of course it’s important to use sophisticated tools like this so that the experience for the average user is not disrupted by false positives.

Adopting a tokenized approach to payment

It’s all well and good to make use of encryption so that data stored on a user’s device or on your own servers is shielded from prying eyes. However, encrypted information is not completely resilient to attacks, and if it ends up in the wrong hands it can still be cracked eventually.

This is where tokenization and the use of third party payment platforms comes into play. Sensitive info can be stored separately, on an infrastructure managed by a platform provider, while a placeholder for it is kept on your systems and on the devices of your app users.

If the tokenized data is breached, it doesn’t matter, because it is meaningless without also having access to the other information stored elsewhere. There is nothing to ‘crack’ here, and so the task facing fraudsters gets much, much harder.

Preventing mobile app fraud must be a priority for developers and app users alike, since the threats aren’t going away and the tactics of cybercriminals will only become more sophisticated.

Protecting users does require investment, but this will be money well spent if it reduces risks and improves your app’s reputation.