What Is a Blockchain? 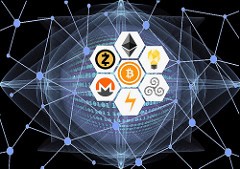 A blockchain is a database which stores information electronically in digital format. They are distributed databases which are shared among computer networks. Blockchains are best known for their crucial role in cryptocurrency, such as Bitcoin and Floki Coin, for maintaining secure and decentralised records of transactions. The main benefit of blockchain for cryptocurrencies is that is guarantees fidelity and the security of record of data and generates trust without the need for a third party.

The main difference between a typical database and a blockchain is the difference in how the data is structured. A blockchain gathers and stores data in groups (blocks) that hold sets of information. Each block has certain storage capacities. When one block is filled, it gets linked to the previously filled block, and consequently forms a chain of data, hence blockchain. The process continues. In comparison, atypical database usually structures its data into tables. The way in which blockchains are structured makes them an inherently irreversible timeline of data when implemented in a decentralised nature.

How Does Blockchain Work?

The main premise of a blockchain is that it allows digital information to be recorded and distributed, but not edited. They are foundations for records of transactions that cannot be altered, deleted, or destroyed.

The blockchain was first proposed as a research project in 1991. It then had its first debut with Bitcoin in 2009. Since then, the use of blockchains have exploded via the creation of various cryptocurrencies, decentralized finance, non-fungible tokens, and smart contract.

What Does Decentralization Mean?

Blockchains boast impeccable security. The data held in blockchains are spread out among several network nodes at various locations. This maintains the fidelity of the data stored therein. Due to the structure of blockchains, they are incredibly hard to hack because any attempt to alter a block in the chain is cross-references against the other blocks. It’s easy to pinpoint incorrect information as a result. The nature of blockchains also means that the transaction events within a blockchain are transparent and public.

Due to the way blockchains are structured, the information and history (such as of transactions of a cryptocurrency) are irreversible. Such a record could be a list of transactions (such as with a cryptocurrency), but it also is possible for a blockchain to hold a variety of other information like legal contracts, state identifications, or a company’s product inventory.

The Future of Blockchain

There are already so many practical applications for this technology being implemented and explored. Mainly due to its use in cryptocurrency, particularly Bitcoin. Due to the nature of blockchain, it stands to make business and government operations more accurate, efficient, secure, and cheap with fewer middlemen.

It’s no longer a question of IF, but WHEN companies will catch on to this technology. As we head into the third decade of blockchain, we will continue to see a proliferation of NFTs and the tokenisation of assets. The next couple of decades will prove to be an important period of growth for blockchain. It may stand as an investment opportunity.