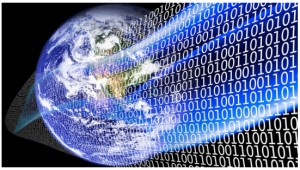 Are you a startup owner looking for the best technology to start your web application project? So now it is time to explore such a remarkable technology as React. With the latest market trends, it is continuously gaining popularity among developers and businesses.

Building a startup is like driving a sports-car. It’s breathtaking and fun, but it is also about making fast decisions. The danger is high and making mistakes is not an option. You may either run out of gas before getting to your planned destination or crash your car.

Choose your vehicle and engine that comes with it wisely to avoid failure.

The same situation is with developing your product. In fact, a start-up can gain a huge success in less time if it starts with ReactJS development. Want to find out more? In this article we are going to tell about one of the greatest JavaScript open-source platforms – React JS.

For the past few years, React has been developing and growing rapidly. According to Google Trends, the total domination of it began in 2017 and is only increasing. Other frameworks Angular and Vue aren’t as popular. At the end of the article we will present the best practices and explain why use React.js for your next project.

What is React JS?

React JS is a JavaScript library for web development and developers use it to create user-friendly and attractive interfaces on websites. However, this is not a helpful definition if you’re not familiar with the concept of a JavaScript library. So, let’s deal with this term first.

JavaScript libraries are collections of pre-written code that can be used for common tasks. Developers can use ready building blocks instead of coding every element from scratch. A JavaScript library can make almost every task easier.

So let’s get back to React, which is one of the most popular JS libraries.

What is React.js used for and what makes it unique? Nowadays web development with this technology is in high demand and lots of developers choose to work only with it

ReactJS and its mate React Native are the new technologies for web and mobile development introduced by Facebook. Jordan Walke, a software engineer at Facebook, started the work on this project in 2011. He decided to create a library for building web interfaces with JavaScrip to simplify the development process and make the user experience comfortable.

What is React.JS used for?

React helps developers build user interfaces. Also it’s a tool to build whole UIs with all components – everything that puts together visual elements and binds data to those elements.

One of the main advantages is that React.js can be used to create user interfaces in JavaScript for different platforms: you can use ReactDOM for web applications, React Native for mobile app development, React bundled with Electron for hybrid desktop applications. Also there is React Native for Windows. So, one progressive technology can cover most of the queries.

Flexibility is the key feature of React.js that makes it different from other popular JavaScript frameworks. You can grab a library and use it to display a view or a simple page, but you have a possibility to combine it with other tools and use it as a framework that will lay the foundation for a complex application.

It has a vibrant ecosystem that consists of different tools and approaches, so it’s more than just a library. Everything can be used as a custom framework and toolset.

The difference between React.js and React Native

ReactJS follows the concept of reusable components for building user interfaces and web applications. Certainly, it’s suitable for programs on any devices that have a browser: PCs, laptops, smartphones, smartwatches, etc. You can reuse code components in React JS, saving you a lot of time. It is important to note — from both developers and business owners’ view — that React is a component-based framework. Each part of the component works, following its internal logic.

React Native has become more popular in business circles. Developers say that it’s a good tool for cross-platform mobile app development. React Nativeis a mobile framework that makes use of the JavaScript engine. It allows you to build mobile applications for different platforms by generating interface components of Native iOS and Android. You can build apps that work well on iPhone and any Android-powered device sharing the majority of the code between the two platforms. And all you need to build an app for two different operating systems is the knowledge of just one tool – React Native.

Why should I use React?

React.js is packed with lots of features. It is the best choice for both lightweight and large scale applications. So we want to share with you the most impressive React.js superpowers:

React is a very simple library that only deals with the view layer. An experienced JavaScript developer can understand the basics and start developing a web application with this library after only a few days reading tutorials.

React is ideal for building dynamic, high performing, responsive UI for your web interfaces. And managing the program becomes efficient and smooth. Getting so much traction in a short time helps businesses build their projects quickly.

React components are similar to lego pieces. You start with tiny components like button, checkbox, dropdown menu, etc. and then you create wrapper items composed of those smaller details. On the next step you write higher level wrapper components. And, it goes on like that until you have one root component and that component is your app.

Each component should be rendered and each of them has its own inner logic. This approach has some amazing results. You can use standardized components anywhere you need and as an outcome, your app has a consistent look and feel, code reuse makes it easier to maintain and grow the base of code and it is much easier to develop your app.

React JS is a popular framework and it’s one of the most valid reasons to choose it. It’s not difficult to find a reliable React JS development company which can implement a project of any complexity.

Facebook created the React JavaScript framework to help maintain and develop its front-end app. When the company decided to make React JS open source, it was already battle-proven in the big applications and ready to use.

Moreover, the frameworkS proved to be very developer-friendly and flexible, because everyone can create and publish their own component and have their name in the list of React JS contributors. And one more interesting fact – the React JS code repository is about 4 times as popular as another framework – Angular. So, when it comes to the community, React JS wins.

One more important reason for choosing a development platform is a developer toolset. React Developer Tools and Redux Developer Tools are two great options you should be aware of. You can instal both of them as Chrome extensions. The first one is good for observing their current props and states and also great for inspecting React components within their hierarchy.

React Native is like a bonus after learning React. It is not a ‘write once run anywhere library’, as the developers say, it’s a ‘learn once write anywhere’ library. Of course, you can write native apps for Android and iOS using React Native since it enables sharing code across different devices. This is possible because React Native utilizes the same components which were used on the web. So, building a web app and native mobile apps is not as time-consuming and expensive and expected. You hire one team that can deal with apps for both popular platforms.

React JS offers tons of benefits especially for web developers. Let’s see the key advantages of React JS to understand why it stands out from other front-end development frameworks:

Reusing code components in React JS can save you a lot of time as the speed of the development increases. Javascript library has a wide core functionality so you don’t need to write everything from scratch. Different developers can write individual parts of the application.

Compared with other frameworks, the React frontend code is the easiest to maintain and is flexible due to its modular structure. The flexibility of its modules and third-parties services can save a huge amount of time and investments to businesses.

React JS was designed to provide high performance. The core of the framework offers a virtual DOM and server-side rendering, which allow complex apps to run extremely fast.

React is not only about web development! Сertain parts of a React web app can be utilized in a React Native mobile app. If you’re about to launch a web app and mobile applications, React JS and React Native combination would be the best choice.

Let’s sum up. React is a JavaScript library for building user interfaces. It is the view layer for web applications which consist of different components.

React web development is the best choice for your startup. It’s a high-quality framework and it is worth your attention. React coding consumes less time compared to other libraries. This is because it allows you to reuse code across platforms, which saves time and resources.

To achieve the success of your company, you should consider working with a React development company that has wide experience in the same technology application for many years. Start your React journey today.