What is the Angular framework?

Frameworks for Javascript language are developing at a breakneck pace, so no programmer should be indifferent to them. One of the most popular frameworks is currently Angular with which you can read in detail in this article.

Angular is a free framework designed to create powerful and complex Single Page Application (SPA). Angular was written entirely in TypeScript language and to this day is developed by Google. 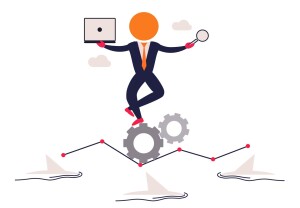 What are the advantages?

The most significant advantage of the Angular framework is that it can be used to create web applications and mobile applications. By relieving the backend from rendering HTML code, you can focus on critical business operations. The angular framework is universal and can easily cooperate with many external libraries. We are talking about such frameworks as JQuery, UnderscoreJS or Ionic framework. Special attention should also be paid to the built-in RESET communication via $resource and $http services. While describing the most significant advantages, we must not forget about the directives and templates. Orders in the form of DOM attributes are undoubtedly one of the most exciting elements of Angular. You can use not only the built-in details but also nothing that stands in the way of writing your own.

What are the disadvantages?

The most significant disadvantage of Angular is, of course, performance. The loading speed is mainly affected by the fact that you have to load all the scripts at once when starting the application. Memory requirements are also greatly affected by the additional copy of each object. Problems may also arise with the positioning of websites writJavascript ten in Angular. WebCrawler’s, as it is commonly known, do not deal well with the language. To optimise pages, it is necessary to use external tools. The Angular framework basics are straightforward, but keep in mind that more complex processes implying more advanced techniques. For beginners, the Angular framework may prove to be quite a challenge.

The first stable version of Angular appeared in October 2010 under MIT license. Mass popularity among developers was gained by version 1.0.0 from 2012, which offered dependency injection. With the new framework, it was easy to write tests and isolate components from each other. Single-page-approach also deserves special attention. Angular was the first framework to remove the need to reload the page. In 2016, Angular 2 was released, rewritten from scratch according to the latest JavaScript specification ECMAScript 6. The Angular 2 version shook up the front end a lot. The changes were so significant that the naming of Angular 1 and AngulareJS was introduced to distinguish the two frameworks. In 2017, Google released Angular 4, which featured a new “routing” path system. TypeScript 2.1 received full support. The NPM package, which is used for UI animation, also appeared. 2020 saw the release of Angular 9, which added, among other things, the Selector-less binding fu-functionality. In 2020, two more versions of Angular 10 and 11 appeared. According to the assumptions, subsequent performances are to appear in 6-month cycles.

Why is it worth it?

Framework Angular, thanks to its built-in functionality, saves a lot of valuable time and nerves. Key advantages are not only a built-in templates system but also perfect DOM support. With Ajax and MVC, you can count on an enjoyable way of manipulating data. With the Angular framework, you can use HTML and Javascript elements, which will most likely be standard shortly. The demand for specialists in the Angular framework is very high, so you will easily find employment and a well-paid position.