Why Is EOS Not Living Up to Its Potential? 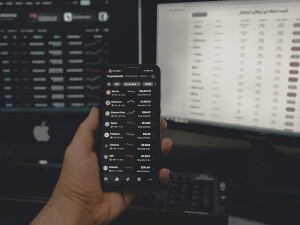 Many crypto projects, like EOS, are built on an amazing list of promises and claims. The promise of no transaction costs built hype, as did the provision of infrastructure to deal with large numbers of transactions at once.

There were news conferences, huge marketing efforts, and a media circus that contributed to a huge interest in EOS, and as a result, a significant sum of money was raised from investors. Yet, while some people claimed that the amount of money gathered was excessive for a project of this scale, it had not shown its flaws until much later.

Today, EOS has demonstrated that it is not living up to its potential. However, the coin could turn around with some serious reworking.

Here’s what it would take for EOS to be more successful and live up to its true potential.

All this sounds great, and investors were hyped. However, the first signs of trouble didn’t appear until the $4.1 billion ICO. At this stage, many asked, “what is the future of EOS?”

The Decentralization Promise Fails To Materialize

The EOS mainnet went live in 2018, but things haven’t always run smoothly. Allegations of vote-trading began to emerge as some of the project’s biggest backers withdrew. Coinholder votes are supposed to be used to make decisions, but the idea of exchanging votes for money was a danger to the original ideals of decentralization.

Without support from the largest investors, it became clear to developers that they couldn’t get funding for their projects on the platform.

A promise of funding for decentralized platform developers was made, but the reality was more difficult and often impossible to achieve. The lofty promises made at the outset had not materialized, as had been the case with many other crypto initiatives.

The Crypto Assets Opportunity Fund (CAOF), a cryptocurrency investment fund, announced a class-action lawsuit against Block.One in May 2020. Claims in the complaint stated that Block.One swindled investors and sold illegal securities. EOS’s founders were being sued for defrauding their investors out of millions of dollars into an unregulated and doomed cryptocurrency scheme.

The case has since been resolved; Block.One paid $27.5 million in settlements.

The news that Block.One had formed the cryptocurrency exchange Bullish Global sent the EOS price soaring by 50% in May 2021. The Block.One team got quite a number of prominent investors to support the exchange.

As a result of these recent developments, many EOS enthusiasts, and new ones, are flocking to the platform. It is thus safe to say that EOS is far from dead, although it must now compete with other developing blockchains that offer the same features that EOS promised in 2018 but failed to deliver.

There has been so much hype about EOS, with people claiming it’s the most powerful platform for decentralized applications to date. However, a few things need to happen for EOS to live up to its potential.

Its team needs to build useful and innovative products, and the surrounding ecosystem would need to grow, with more developers, users, and businesses building on top of it. Plus, the price of EOS would need to rise, making it more attractive to investors and users.

We hope to see EOS grow through these three strategies as we move into 2022, but we can’t say for certain if the coin will gain any more supporters.